Krafton, known mainly as the publisher of PUBG: Battlegrounds and the studio responsible for it, announced, that work on Project Windless has started in full swing. We first heard about the game last year, but at that time it was only at the conceptual stage. 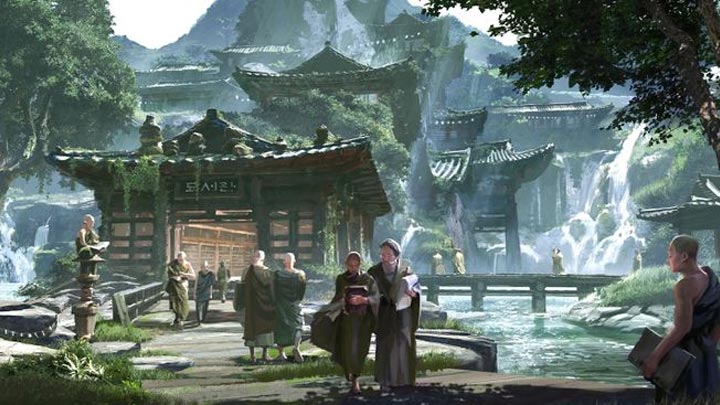 When the first details were announced last year the was dubbed the "The Korean Witcher". One of the reasons why CD Projekt RED studio's trilogy conquered the world was the Slavic atmosphere, distinguishing these productions from typical fantasy titles. Project Windless wants to do the same, only with Korean folklore. Both also feature interactive adaptations of novels that are wildly popular in their home countries, but relatively unknown around the world

Recall that The Bird That Drinks Tears is a series consisting of four books, the publication of which began in 2003. The story is set in a fantasy universe, inhabited by humans and three other intelligent races that derive from Asian mythologies. The series proved to be a huge hit in Korea and lived to see an eight-volume sequel in the form of The Bird That Drinks Blood. Author Yeongdo Lee has gained recognition not only for his interesting universe. His stories are ambiguous in terms of morality and often force the reader to ask themselves hard questions.

Sony Claims to Distance Itself From NFTs, but Keeps Testing the Waters