The devs of such games as Resogun and Dead Nation are working on an original TPP shooter in which the main character gets stuck in a time loop on a mysterious planet. We're talking about Returnal, which is expected to employ the power of PlayStation 5. Announced during the PS5: The Future of Gaming, the sci-fi game was originally scheduled to launch on March 19, 2021. However, the release date will not be met by devs atHousemarque. Fortunately, the delay is not significant. Returnal will be released on April 30, 2021. 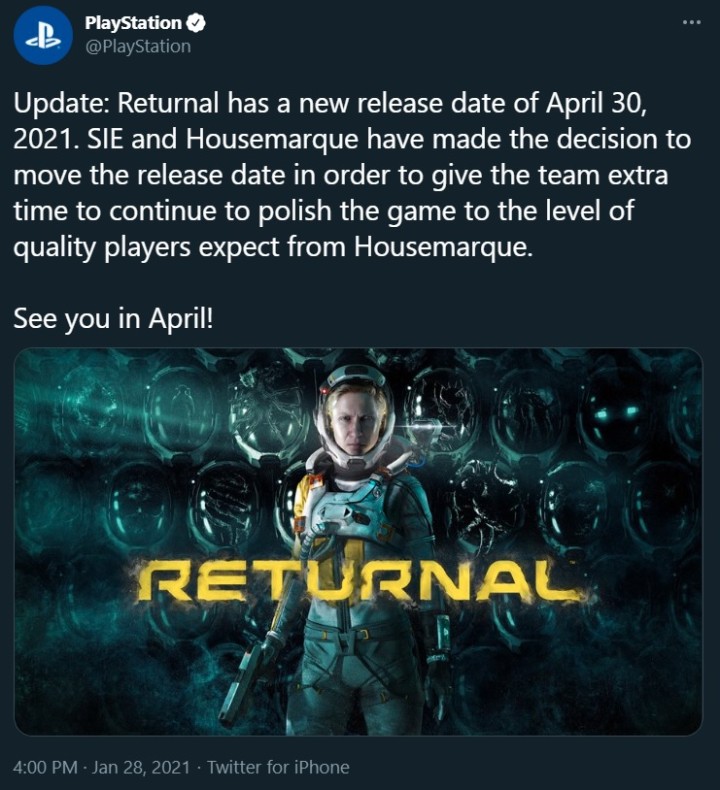 The information was provided on the official Twitter of Sony Interactive Entertainment. In the announcement, the decision is explained by the desire to refine Returnal. The publisher simply needs additional time to meet the expectations of the players. The recently presented extensive gameplay offers the foretaste of what Housemarque is preparing in the upcoming game.

The TPP space shooter with elements borrowed from the roguelike genre is coming only to PS5. Thus Returnal will soon expand the extremely modest group of titles exclusive to Sony's next-gen console. It's good that the wait for the game will not be as long as in the case of other games delayed this year, with Hogwarts Legacy and The Lords of the Rings: Gollum at the forefront. At least we hope this is the last delay that Returnal will suffer.

2020 Was a Spectacular Year for Epic Games Store