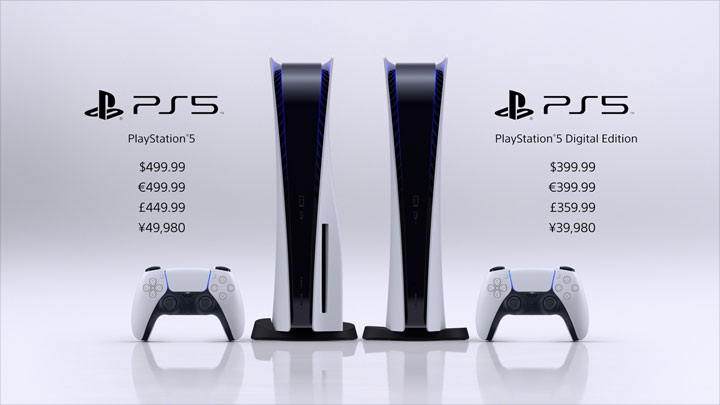 Finally, we got to know the release date of the console and its price.

The PlayStation 5 Showcase was filled with gameplay trailers, but many of us were mainly waiting for the release date of PS5 and prices of the various models. Sony told us to wait for this information until the show was over.

PlayStation 5 will debut on November 12, this year in the United States, Japan, Mexico, Australia, New Zealand and South Korea, and a week later in the rest of the world. According to Geoff Keighley, the pre-orders are scheduled to start in selected stores tomorrow.

Two models will be available. The standard one with Blu-Ray drive will cost 499,99 dollars. The price of the second variant, i.e. a without Blu-ray drive, PS5 Digital Edition will be 399.99 dollars. This means Microsoft will offer the cheapest next-generation console with its Xbox Series S. It should be noted that this model will be weaker in terms of hardware than XSX, and in the case of Sony machines, the cheaper PS5 will only lack a Blu-ray drive, while the specs will remain unchanged.