Red Dead Redemption 2 has never been as popular on Steam as it is now. The game from Rockstar was released on PC in December 2019. At the time of its release, up to about 55,000 people played it simultaneously on Valve's platform. Over the past 24 hours, this record was broken by roughly 20% - nearly 66.5 thousand players spent their time in RDR2. 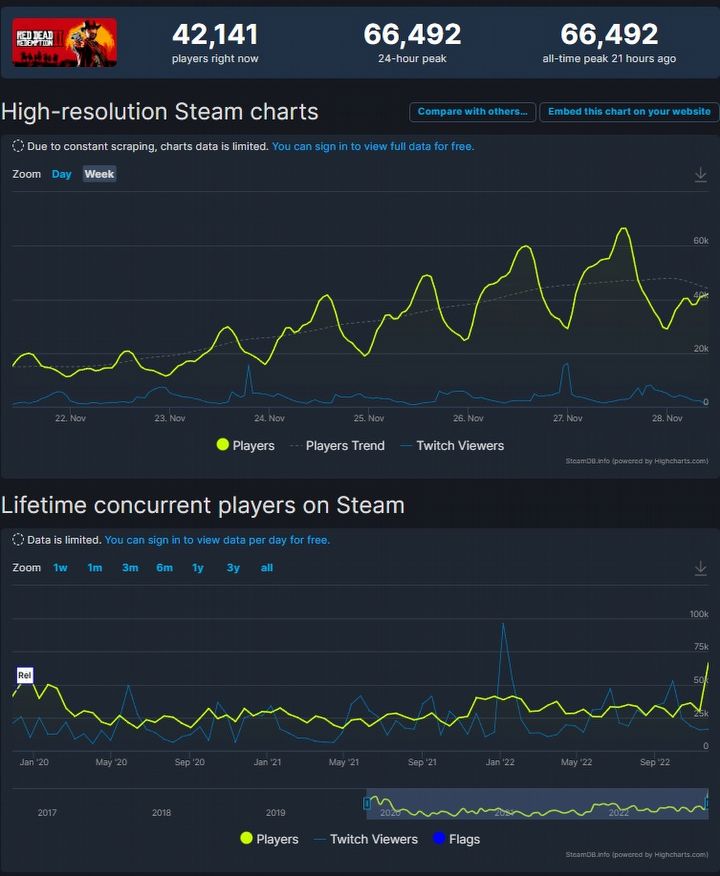 Undoubtedly, this is due to the largest price reduction in the history of this game, which we saw during the Steam Autumn Sale 2022. The basic version of Red Dead Redemption 2 has been discounted by as much as 67%, making it available for purchase for less than $20.

Apparently, many gamers have decided to purchase the game. Some may, of course, have returned after a break, but it seems that the newly set record is mainly due to people who are just beginning to learn the story of Dutch van der Linde's gang - or possibly those who decided to refresh it after having played RDR2 once on a console.

If you want to take advantage of the Red Dead Redemption 2 deal, then I advise you to hurry up. It will only be available for a little more than 24 hours. It will probably return during the Steam Winter Sale 2022 - which will start on December 22 - but there's no reason to delay playing such an excellent production as the RDR2.

It is worth mentioning that this title has been discounted not only on Steam, but also on Epic and in Sony and Microsoft stores. The game is available for less than $20.

Starting your adventure with RDR2? Wondering whether to buy the game? You may also be interested in: