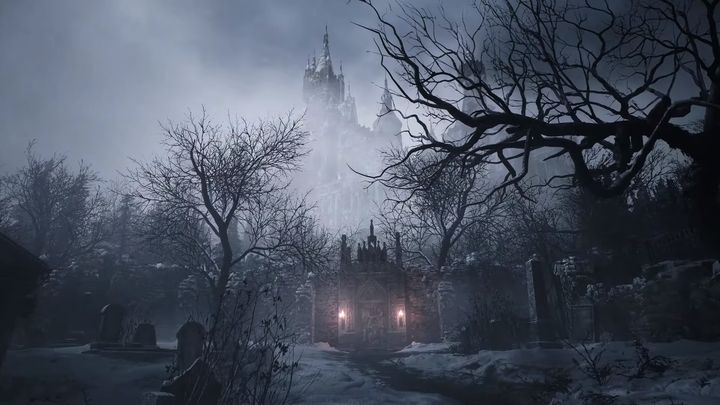 Resident Evil 8 is different from the previous installment.

Resident Evil VIII is a direct sequel of the seventh game and has the same main character - that's why some spoilers about RE7 will appear in the text.

Yesterday, Capcom announced the next installment of its flagship survival horror game series, Resident Evil Village / Resident Evil 8 (the first three letters of the word village in the game's logo are stylized to resemble a Roman number 8). The first trailer of the game confirmed many rumors - we get a title noticeably different from the previous installments in terms of atmosphere. Today, the developers presented a handful of first (official) details about their work (via Gematsu)

In RE8, we will once again play the character of the previous game, Ethan Winters. After the traumatic experience at the Baker estate, the man lives in peace with his wife Mia, who he managed to save from the nightmare. Unfortunately, as you can guess, there's no "happily ever after" for him - Ethan gets involved in a new bloody "adventure", which takes place in an enigmatic European village, reminiscent of a place from a Victorian horror film. The game will also feature Chris Redfield, the protagonist of several other RE games. What's more, the creators suggest that this time he won't necessarily be a positive character (this is suggested by the trailer itself, which you will find below). There will be no shortage of new antagonists, and additionally, the title village will be a kind of collective hero - it will be a place full of terrible secrets to discover.

The creators assure that the game will offer very realistic graphics. As in the seventh part of the series, the action will be observed from first-person perspective.

Resident Evil: Village will debut in 2021 on PCs, PS5 and Xbox Series X. In August, we will learn more information about the game.