Last week, the Resident Evil Showcase took place, during which the company presented information about Resident Evil Village. As it turns out, not everything was revealed during the event. A complete set collector's edition, including items such as Chris Redfield's coat, has appeared in Capcom's official Japanese store. 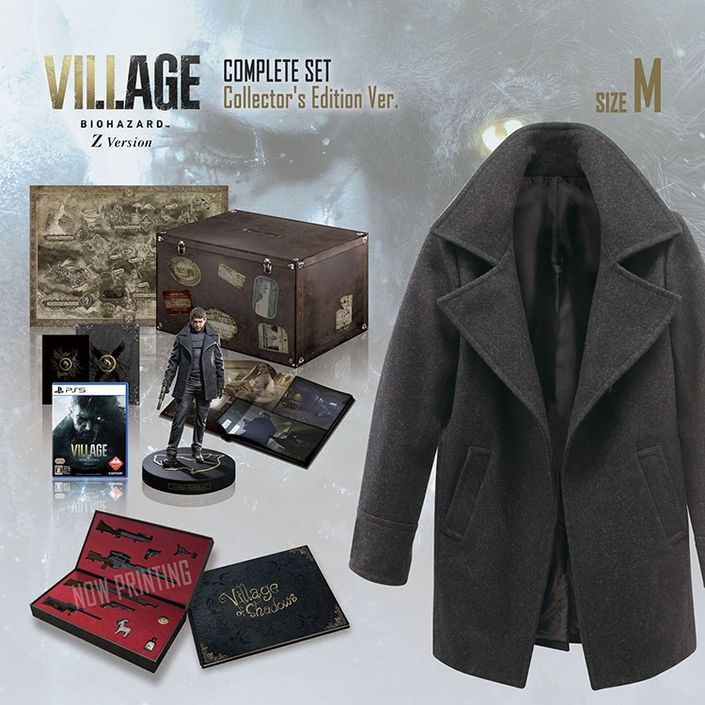 As you can see in the image above, this edition will include a copy of Resident Evil Village on PS4 or PS5, a Chris Redfield figurine, artbook, steelbook, poster, postcards, Chris Redfield's coat (in M, L and XL sizes) and 1/6 scale replicas of the weapons appearing in the game. All of this comes in a box that resembles a travel case. Some of the items are included in the standard collector's edition that was unveiled at the Resident Evil Showcase.

At the moment, the collector's edition complete set is only available in Capcom's Japanese store and costs 192500 yen (about $1860). There's no word yet on whether this edition will also make its way to other markets.

Resident Evil 8 is scheduled to debut on May 7, 2021. The title will hit PC, PlayStation 4, PS5, Xbox One and Xbox Series X|S consoles.

Godzilla vs. Kong Trailer Hints at the Real Enemy

Project 007 May Start a Trilogy of James Bond Games