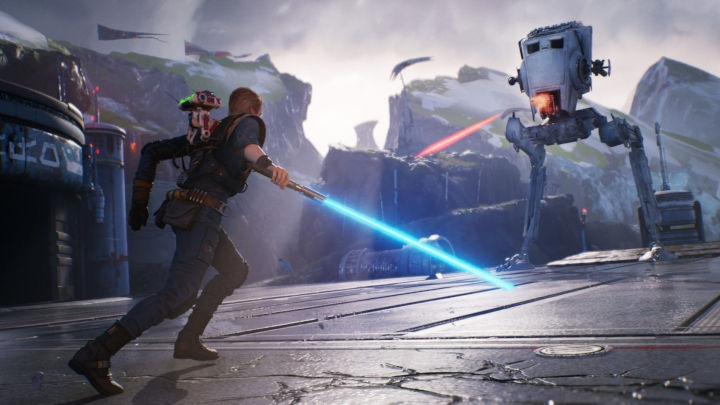 Vince Zampella (CEO of Respawn Entertainment) and Stig Asmussen (director of Star Wars Jedi: Fallen Order) were asked by Game Informer why their latest title is based on Unreal Engine 4. Given that the company's previous productions (both installments of Titanfall and Apex Legends series) were powered by Source engine, and Electronic Arts, the publisher of Fallen Order and owner of Respawn Entertainment, has its own solution in the form of Frostbite created by EA DICE - the choice of Unreal Engine 4 seems to be a mysterious move.

The company explains that the team working on Fallen Order was formed before Electronic Arts took over Respawn at the end of 2017. Using Frostbite was not an option at the time, as EA does not share its engine with third-party teams. The devs of Fallen Order mention that starting work on the project was connected with the need to hire many new employees, and the choice of a popular technology made the recruitment process much easier. As Vince Zampella notes, it is much easier to find people familiar with Unreal Engine than e.g. Source specialists.

Both Respawn Entertainment employees ensure that Electronic Arts does not dictate their studios which engine to use. Even if the team working on Fallen Order had been formed earlier, Frostbite would have been just an additional option to choose from, not a top-down necessity. It coincides with the words of Aaryn Flynn, the former CEO of BioWare, who last year in an interview with Kotaku admitted that Electronic Arts gives its developers a lot of freedom to make decisions and does not impose the use of Frostbite engine on anyone.

Star Wars Jedi: Fallen Order will be released on November 15, 2019 on PC, PlayStation 4 and Xbox One.