Two days ago Call of Duty developers decided to declare open war on cheaters. In a message published on Twitter, they announced that cheater activities in games will not be tolerated. Shortly thereafter, it was revealed that a new anti-cheat system called Ricochet will be coming to Call of Duty: Warzone, and in the future to Vanguard as well.

The news of a new and highly advanced tool being introduced to the game certainly pleased fans who have long agonized over cheaters in Call of Duty. Unfortunately, the battle against cheaters may have been lost before it even started. Ricochet's code was leaked online. 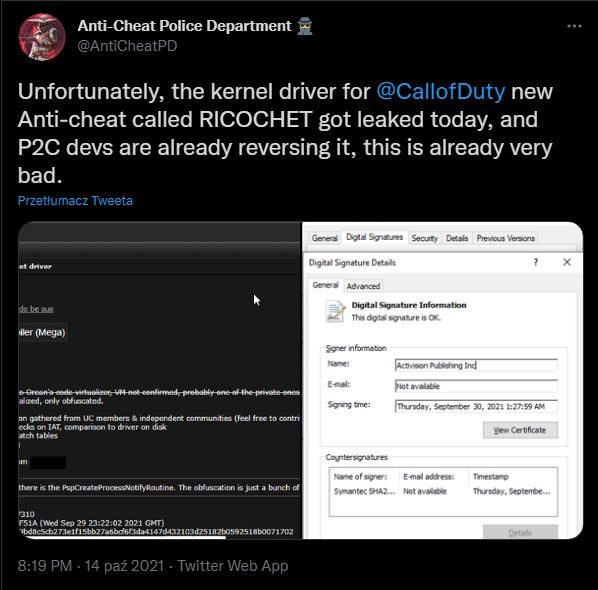 The code was instantly aquired by cheatmakers, and they started working on new versions of their products. Access to Ricochet's code makes it much easier for them to bypass the new security measures. Call of Duty will probably remain full of cheaters that spoil the fun for other players.

The incident is a severe blow to the developers of the said anti-cheater system. From the announcements it seemed that it was a very advanced tool that really had a chance to make life miserable for cheaters. Ricochet would monitor activity on the user's computer and detect the activity of any applications that interact with Activision's game. In addition, the system would use machine learning.