Since the day Disney made a surprising decision of discontinuing production of the successful Disney Infinity series and backing off from video game self-publishing (the company will only lend their licences to external developers), many have been wondering what would happen to popular IPs. Ron Gilbert decided he wont let his legendary franchises, like Monkey Island and Maniac Mansion, rot and asked Disney to sell them back to him. Apart from twitting about it, he actually has been trying to contact Disney about the matter, but apparently to no avail. 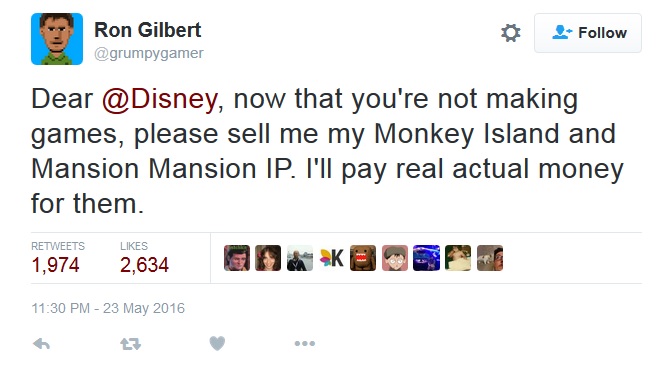 Last week a similar request was made by Warren Spector (thanks Game Informer), who wanted back three of his concepts (near-future action, modern day ninja and epic fantasy) that he used to work on at now closed Disney subsidiary Junction Point Studios (the developer of Epic Mickey series). 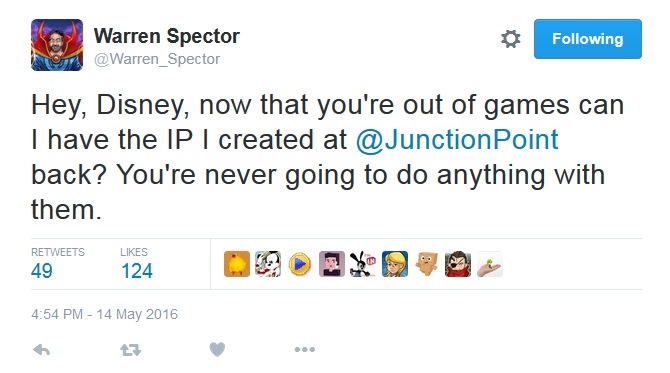 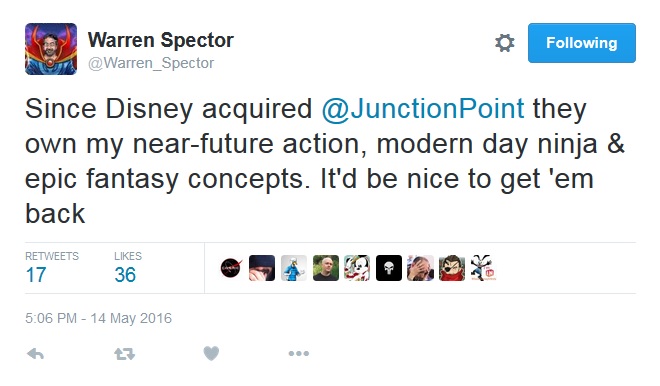 There is no telling whether Disney will be kind enough to pass the IPs over back to their original creators, but that would surely be beneficial for the franchises and players worldwide.

Right now Gilbert is collaborating with Gary Winnick on Thimbleweed Park, a game that takes the best from the golden age of adventure games. It will likely be out in August 2016 on PC, Xbox One, and PlayStation 4.

Kingdom Come: Deliverance pushed back to 2017