Release of The Last of Us: Part I should be considered quite controversial. Fans speculate whether Naughty Dog's new-old game is a remake, or perhaps a remaster, while comparing its various aspects. One of the elements compared most often is the appearance of the main character, Ellie.

Reddit user TheLogame juxtaposed faces of the girl appearing in the The Last of Us edition for PS3, PS4 Pro and PS5 (below). In less than 24 hours, his post received more than 30,000 positive reactions.

Internet users point out that Ellie in the PlayStation 5 version looks less sad, more determined and less innocent than in previous editions. Some see a fundamental difference in the shape of the heroine's eyebrows. Others ironically say it's because she has gone through three generations of consoles and/or finally managed to get a PS5. 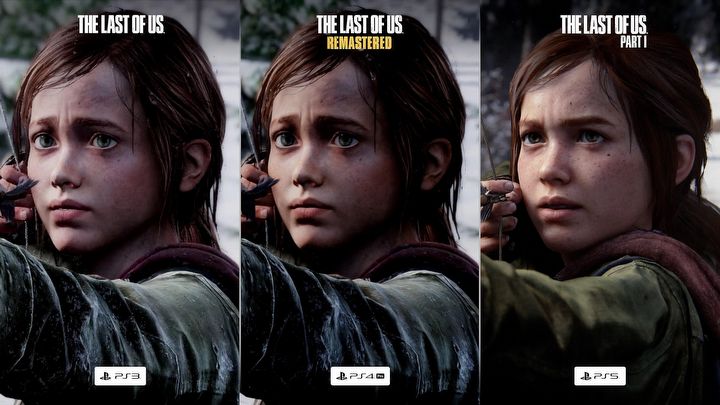 A thematically similar graphic was posted by Reddit user kaworuscott. He compared the cover of The Last of Us from the PS3 with the one adorning the release for PS5 (both feature Ellie). What drew the special attention of Internet users turned out to be - as the author intended - the price of both versions of the game. 4 British pounds for TLoU on PlayStation 3 (presumably discounted) and 69.99 British pounds for TLoU on PlayStation 5.

As you can easily guess, this turned into a lively debate on Reddit. Some speculate that remakes of both games, costing $200, will be released soon. Others express hope that if The Last of Us: Part I will sell poorly, it will quickly make its way into PS Plus. 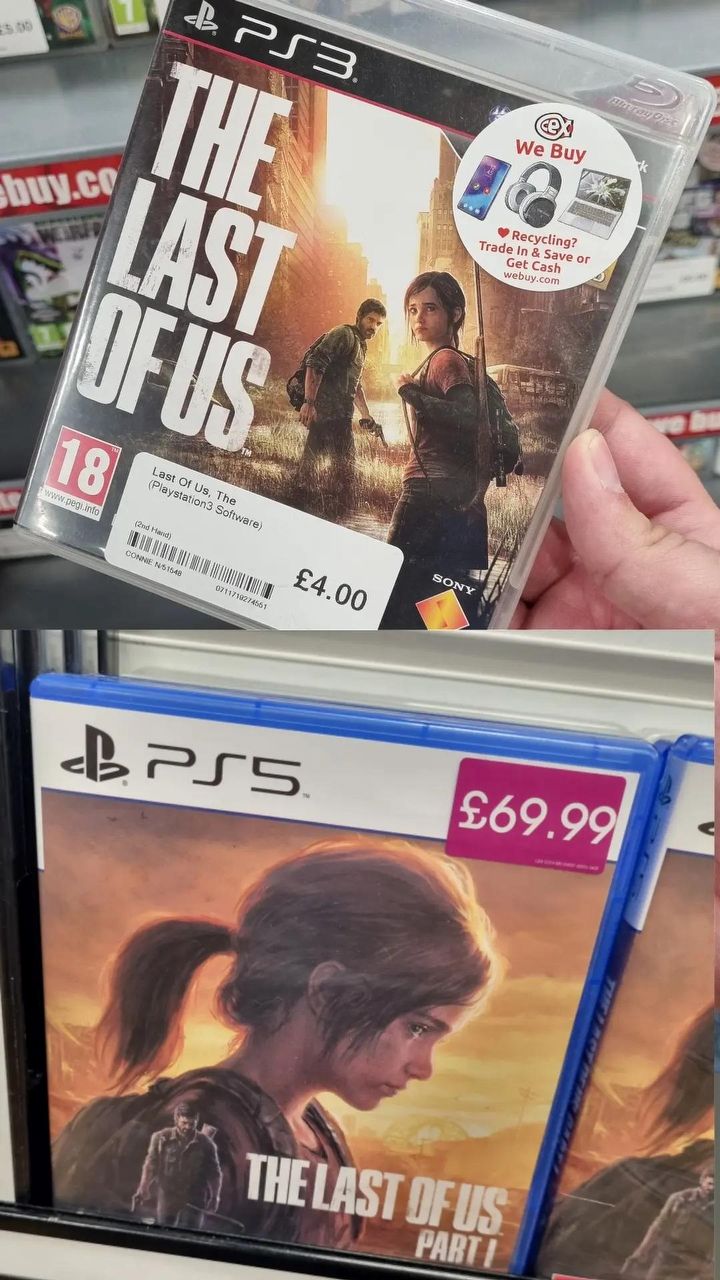 The price has done its job - in less than 24 hours the entry has received more than 50,000 positive reactions.Source: Reddit / kaworuscott.

The latter is not so obvious - especially since the game is soon expected to be released on PC, which seems to be the main goal behind its release.