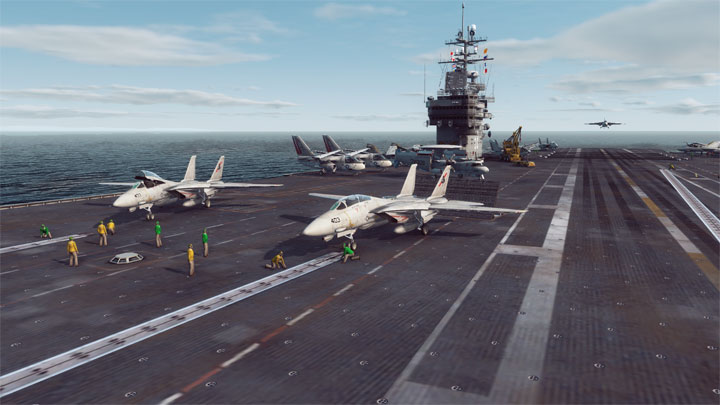 So far, we don't know when the game will go on sale.
SEA POWER IN A NUTSHELL:

Cold Waters has proved to be one of the most interesting marine strategies of recent years. One of its devs founded a new studio, called Triassic Games, which is working on another game of this type, titled Sea Power: Naval Combat in the Missile Age.

The game coming only to PCs and for now we do not know when we can expect its release. Compared to Cold Waters, Sea Power: Naval Combat in the Missile Age will offer larger scale of conflict and will be more like the classic Jane's Fleet Command from 1999.

Sea Power, will be played in real time. Players are to command the fleets of units, but it is also to be possible to take direct control of each one of them. In this way it will be possible, for example, to fly an F-14 fighter, although we rather should not expect the quality of a good simulator and cockpit view.

The game will enable us to play out many historic scenarios that took (or could have taken) place in the 20th century, such as the Gulf War or a battle between NATO and the Warsaw Pact. All these conflicts will be presented in the form of dynamic campaigns, the course of which will be shaped by the player's decisions and artificial intelligence.

Sea Power: Naval Combat in the Missile Age is still in the early stages of development, so for now the devs are not ready to show any videos yet. They released a set of in-development screenshots, though.