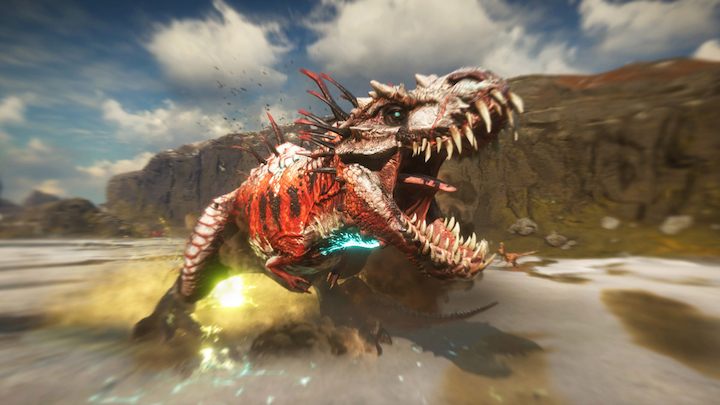 At this year's first Xbox 20/20 presentation, showing games aimed at next-gen console Xbox Series X, we have first seen Second Extinction by Systemic Reaction. It's a co-op shooter, in which three-person teams of players will face mutant dinosaurs. After they have taken over the Earth again, mankind has taken refuge in space, and now returns to duke it out with the beasts.

The key to success will be cooperation in the team and proper use of available weapons and special abilities of our characters. The missions will also be possible to be performed solo, thus significantly increasing the level of difficulty. In the game we are supposed to find a great deal of action and a large dose of gore, and the essence will be not so much to eliminate the dinosaurs, but to get to the evacuation site in one piece. Although the game is based on the APEX engine known from Just Cause 4, Second Extintion will not have a huge, fully open world, but rather a large map, adapted to both ranged and direct combat. 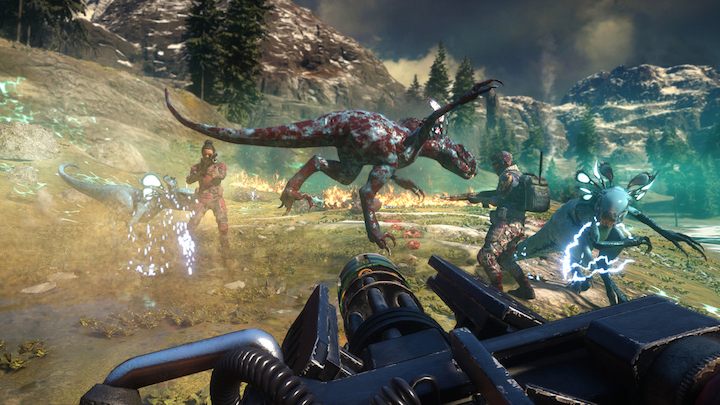 The battles are to take place both far and near.

The Swedish studio Systemic Reaction is part of the Avalanche Studios group responsible for the Mad Max and Just Cause series. Some of the developers have previously worked on a another co-op game: Generation Zero, in which the players had to survive in Sweden overrun by deadly robots. However, as the devs emphasize, Second Extintion will be their first production in the current line-up. The release date and target platforms have not been announced yet.