Addons to World of Warcraft can make life much easier. One of the players created one that enables you to open unlimited number of windows at once.

Players may feel somewhat limited by the standard UI of WoW, which is, to put it lightly, rather stereotypical and does not allow for customization. DeModal changes things, giving the player free rein not only in terms of setting up individual UI panels, but also in terms of how many windows are open at once.

Full list of panels, which you can freely set up with the use of addon, is available in its description on CurseForge . and GitHub. In short, it's hard to find a panel which doesn't become movable thanks to DeModal. 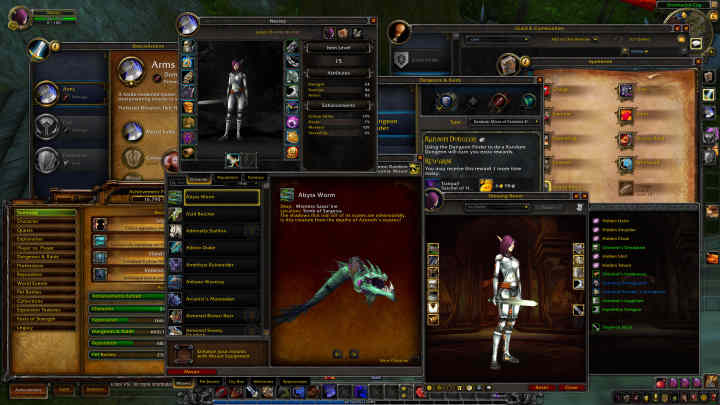 It's also worth mentioning that the addon remembers the arrangement of windows during the game. If we run it again, DeModal should also have no problem with recreating the window setup. However, the UI layout does not move between characters.

If you want the UI to look the same for every character, the only solution for now is to copy the local-layout.txt file between accounts. While adding an option to keep a given UI setting between accounts is not a difficult task, the author claims that since he can change the position of panels at will, such a feature would not be particularly useful.

Of course, DeModal is not unique. The author himself has already pointed out the presence of BlizzMove, which only enable us to move a single panel.

There is also the MoveAnything, addon that enables us to not only move the interface windows in WoW, but also change their size or transparency level. MA also remembers the UI layout both between sessions and characters.

So we can say that there is a lot to choose from when it comes to addons enabling us to personalize the interface. At the end it is also worth mentioning that the Dragonflight DLc is expected to refreshed the UI.

It will not only be visually different, but it will also gain modification options, which will probably be similar to those offered in addons.

How to Become a Werewolf in The Sims 4?