Despite the fact that The Sims 4 from EA Maxis was released in 2014, it still enjoys unwavering popularity. In an announcement on its official website, Electronic Arts shared information about several of its major franchises, including The Sims 4. The publisher boasted that the title has been played by nearly 10 million people per month over the last quarter; this is said to be a record for this game. 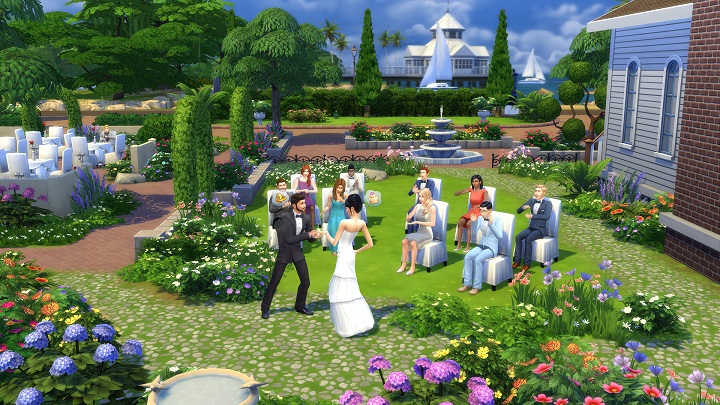 The Sims 4 is a life simulator and can be very strange.

However, this is not the end of the story, as it turns out that the game constantly attracts huge amounts of new fans. EA said that in the last two months, the game's community has grown by over 2.5 million users.

The franchise's unwavering popularity is undoubtedly due to the long support for the title after its release. Recently, another addition to the game, titled Eco Lifestyle has been released, which introduced the possibility of turning people into dumplings, and the patch released just before it enableds sims to set toilets on fire by peeing.

It should be remembered here that The Sims 4 recently launched on Steam, but the price of the game along with all the DLCs is quite high.

Surely many fans of the series are waiting for the next installment. Everything seems to indicate that The Sims 5 is being developed and will be released on next-gen consoles, but we should not expect the title in the near future. Lovers of the life simulator must be patient.