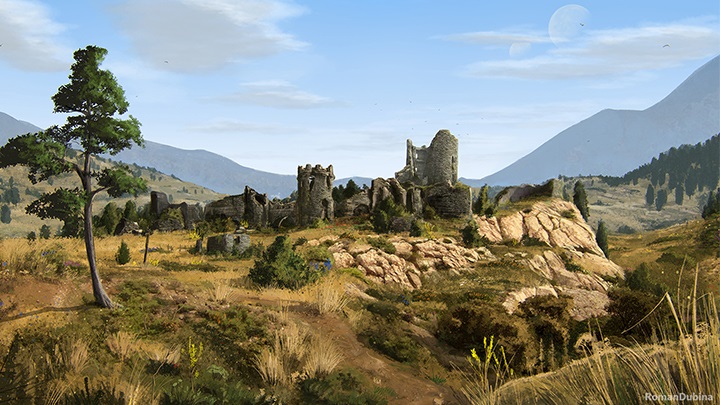 Skyblivion will delight all fans of Bethesda games. Via Skyblivion PressKit

The Elder Scrolls V: Skyrim has been used for years as a testing ground for more creative players. The game is the cradle of many crazy and ambitious modding projects, some of which take many years to come to fruition. However, we have good news for fans of the latest part of Elder Scrolls. Skyblivion is really taking shape.

The creators published a video on YouTube, boasting of their progress in moving Oblivion to Skyrim's engine. Cyrodiil looks really good and there's nothing to be surprised about. As the modders themselves say, although this is a fan project, they are aiming for AAA quality.

The 16-minute video contains a short summary of the project's history. As the creators said, Skyblivion was born shortly after the launch of Skyrim and was initially created by a single player in a completely different form than the mod we know today. Initially, Skyblivion was to be created in a very short time by creating a tool to convert Oblivion's data in such a way that it would be readable by Skyrim's engine. Although ultimately the conversion proved impossible and the whole landmass had to be recreated by hand, over time the project attracted many other mod enthusiasts and grew to the size presented on the video.

Although the creators still have a lot of work to do (including the reconstruction of building interiors), Skyblivion already has something to boast about. Armor, everyday items and creatures that we will have to fight have been redesigned and modelled. The locations known from Oblivion have been adapted to modern standards, and all this is supervised by both ordinary fans and professional creators.

It is worth noting that even the soundtrack will be improved. The original exploration theme, which lasted less than half an hour, remains unchanged, but every region will also receive music composed from scratch, reflecting the character of the area.

The work continues and anyone willing to help is welcome. Modders accept applications here.