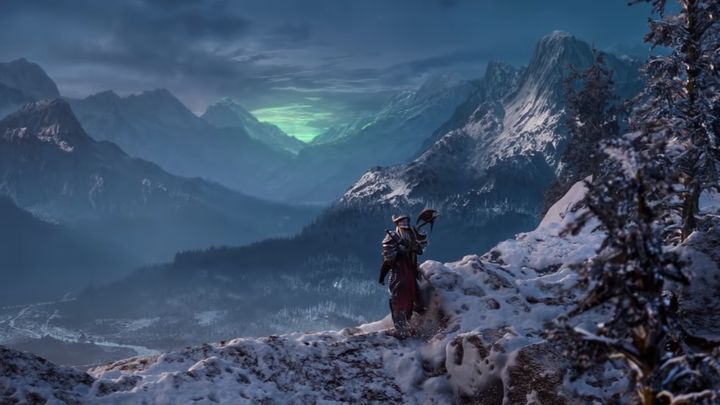 In the next addition to TESO we will visit the province of Skyrim.

Yesterday, developer Zenimax Online presented information about the next expansion for the MMO The Elder Scrolls Online. We didn't get to know the title of the expansion, but we know that it will take us to the province of Skyrim, known from the highly-popular RPG The Elder Scrolls V: Skyrim. The devs also presented an intriguing trailer, which announces the DLC and crowns the Season of the Dragon.

The mysterious DLC, in which we will once again travel to the freezing homeland of the Nords, has been named "another annual event in The Elder Scrolls Online". We will find out more about this production - as well as the "dark heart of Skyrim" mentioned in the trailer - on January 16, next year.

We would like to remind that The Elder Scrolls Online debuted on PCs in April 2014. A little over a year later, there were also releases dedicated to PlayStation 4 and Xbox One.

Baby Yoda Comes to The Sims 4