One of the most popular and extensive mods for The Elder Scrolls V: Skyrim has been restored after an absence of five years. We are talking about Wyrmstooth, developed by Jonx0r. The mod was created in 2012 and was constantly developed until it was removed from Nexus Mods in 2016 at the personal request of the author. The last version so far, marked as 1.17, could be found elsewhere (including in our download section), but did not live to see any official updates.

That all changed on February 11, 2021. A video appeared on the author's YouTube channel, officially announcing that the mod is once again available for download.

The latest version 1.19 introduces a number of changes, and their full list can be found here. If you are interested in the mod, you can download a version compatible with the original edition of the game here, and in turn here is a version for owners of Skyrim Special Edition. It is not required to have any official DLC for the mod to work. 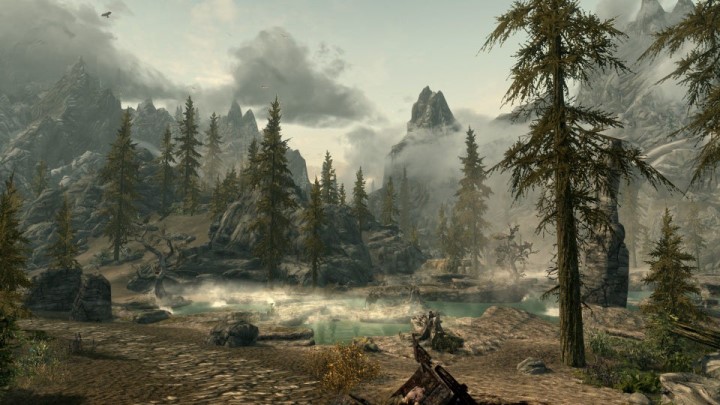 The players can once again visit the island of Wyrmstooth. Source: Reddit

The mod offers a story of the conflict between the East Empire Company and a powerful dragon interfering with their interests. The eponymous Wyrmstooth is the island on which the story takes place. The add-on contains among others: 17 quests, dozens of new locations, and more than 30 new characters. The whole thing, which was enriched with amateur dubbing, provided a good few hours of fun.