Slime Rancher 2's good streak continues. The CEO of Monomi Park, the studio responsible for the project, boasted of the latest sales results. 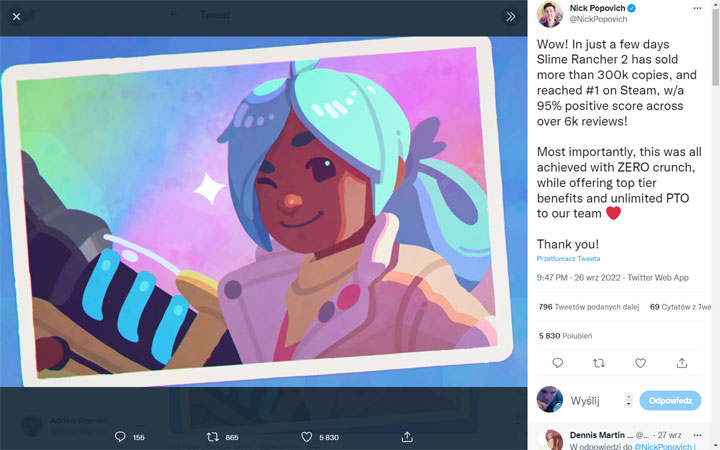 Monomi Park has reasons to be satisfied. Released three days ago in early access, the game Slime Rancher 2 has already proven to be a big success.

Recall that Slime Rancher 2 debuted in early access on September 22. The game hit PC (on Steam and Epic Games Store) and Xbox Series X/S consoles. The game is also available as part of a Game Pass subscription, on both PC and XSX/S. It can also be played via streaming through the xCloud service.

The developers anticipate that the game will spend at least eighteen months in Early Access, so the release of version 1.0 will take place in 2024 at the earliest.

How I Survived Another Summer. About Games That Are (Not) Afraid of Cold