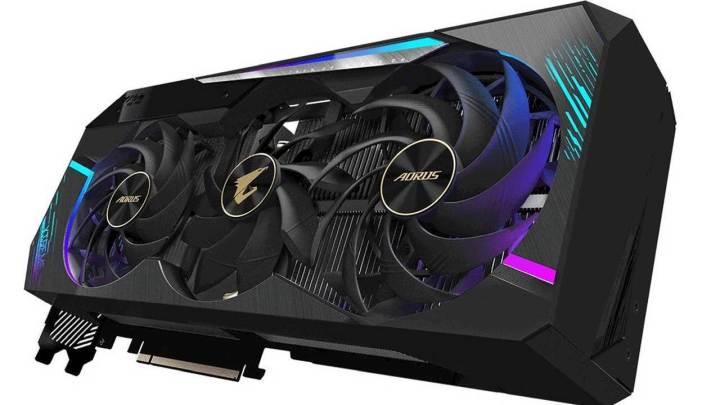 The official launch of the GeForce RTX 3090, RTX 3080 and RTX 3070 is behind us. Not only Founders Edition, but also non-reference models will be available. As it turns out, some of them may be 3.5- or 4-slot monsters. We are talking about Gigabyte Aorus GeForce RTX 3080 and 3090 Xtreme and Master GPUs, which are to be among the thickest cards on the market. The significant increase in power consumption compared to the current generation has had to translate into the size of cooling systems. After all, a TGP of 320 watts (RTX 3080) and 350 watts (RTX 3090) is no small thing. Manufacturers really had to rack their brains to figure out how to cool these beasts. 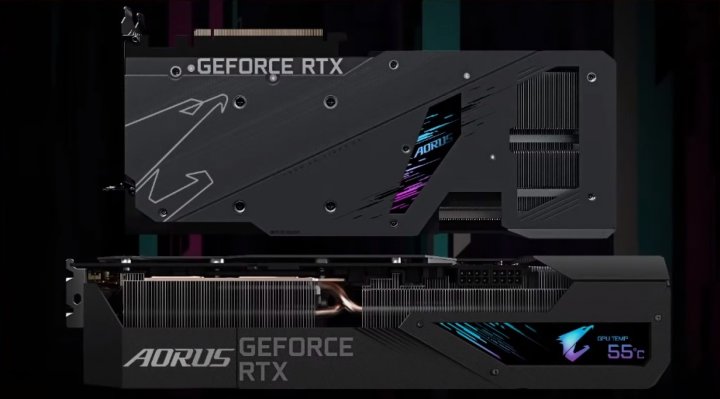 You can take a look at the cooling system used in the Gigabyte Aorus GeForce RTX 3080 and 3090 Xtreme and Master cards.

Gigabyte Aorus GeForce RTX 3080 and 3090 Xtreme and Master (the two models are supposed to differ only in core clock frequency) will not be the first cards to take up so much space on the motherboard. Just remember the monsters akin to Colorful iGame GeForce GTX 1080 KUDAN, which also took four expansion slots due to the rear water block. Taking into account the are of the GA102 core (628 mm2) and very high power consumption, it can be assumed that more 3.5- or 4-slot custom models will be available in sale. However, these may turn out to be too thick for the owners of some motherboards - especially for those who have other cards in their PCIe sockets, e.g. audio. 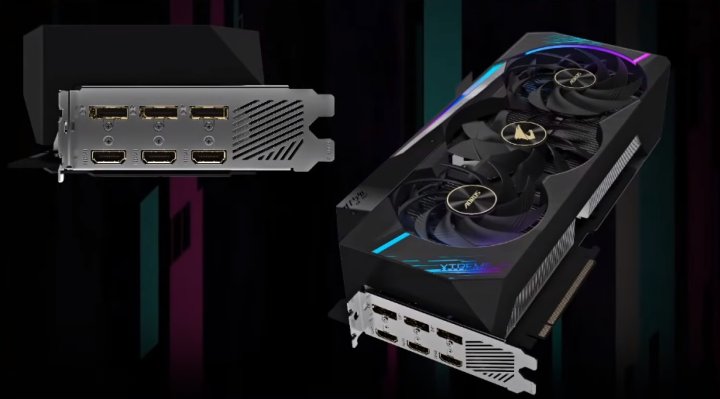 The Gigabyte Aorus GeForce RTX 3080 and 3090 will each offer three HDMI 2.1 and DisplayPort 1.4a connectors.

Gigabyte has used a cooling system with three large fans (one 100mm and two 115mm), double ball bearings with longer life and heat resistance, and an extended heat sink design with thinner and irregular fins, which is expected to result in better heat dissipation, more efficient air circulation and ultimately lower GPU temperatures. Although the GeForce RTX 3080 and 3090 will be demanding cards, the Gigabyte models will not lack a semi-passive cooling system - the fans will not spin at low load.

Reference and custom GeForce RTX 3080 and RTX 3090 GPU models can be ordered from September 17 and 24, respectively. While suggested prices of Founders Edition are known, we do not yet know how much the Gigabyte Aorus Xtreme and Master 4-slot designs will cost. We can be sure, however, that it will be a lot.

EA in Retreat After Player Criticism - Advertising Scandal in UFC 4