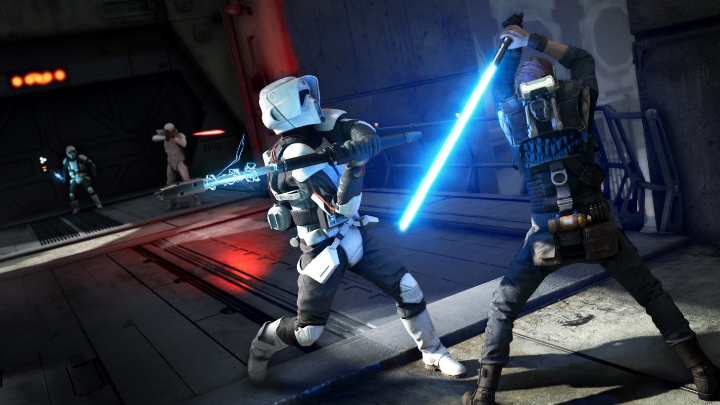 In the game, we will play as a young Jedi adept.

Origin providedhardware requirements for the action adventure game Star Wars Jedi: Fallen Order. Minimum requirements shouldn't be a problem even for owners of older PCs, but the recommended configuration is certainly surprising. If you want to enjoy the full visual capabilities of the game, you must have 32 GB of RAM. That's four times the minimum requirements.

The game takes place after the events of the third part of the Star Wars prequel trilogy and shows the consequences of the Emperor Palpatine's Order 66, which ordered the killing of all Jedi. The main character of the game is Cal Kestis, a former Padawan and now a fugitive hiding on the Outer Rim. But even on the distant planet of Bracca, a young student of the Force cannot feel safe, especially as his trail is being followed by an imperial inquisitor. Fortunately, Cal has not yet forgotten how to wield a lightsaber or the special abilities taught him by the Jedi Order. The protagonist can also count on the help of his new mentor figure, Cere. and the BD-1 droid.

Star Wars Jedi: Fallen Order is being developed by Respawn Entertainment, which is known for such titles as Apex Legends and Titanfall 2. The title boasts extensive gameplay mechanics, which include spectacular combat, stealth and climbing. The game will debut on November 15, this year on PC, PlayStation 4 and Xbox One.