10-year-old Star Wars: Knights of the Old Republic II jus got a new official patch – the second one after a long while. The update is available for Steam version on all platforms – Windows, Linux, and Mac. Generally speaking, this is a portion of game fixes plus some new Steam Achievements. The full changelog was posted at this address, below you have the list of adjustments universal for all three platforms: 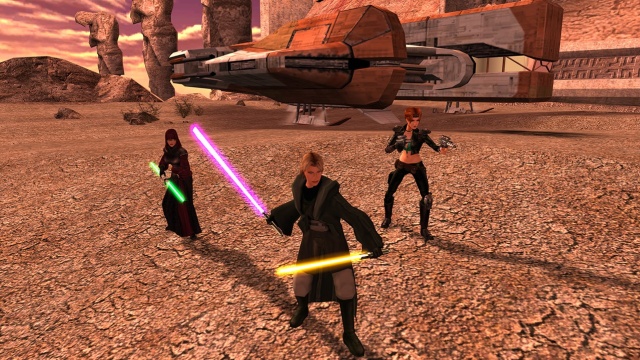 KotOR II is still a piece of great roleplay.

Because of the game’s advanced age (for a video game 10 years must be like 50-something by human standards) that is a rare thing. The last time the beloved KotOR II got a game update – to surprise of all fans – was in July 2015. The Obsidian Entertainment’s production was originally released in 2005 by LucasArts. Despite being incomplete (much of the planned content never made it into the full game in its entirety) KotOR II got high acclaim, especially among fans of Star Wars lore.

Sword Coast Legends is out on PC, arriving to consoles early 2016

Sword Coast Legends is out on PC, arriving to consoles early 2016