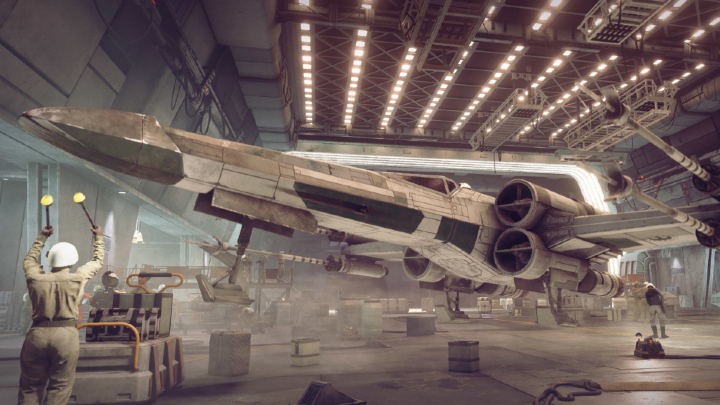 Star Wars: Squadrons will enable us to change the look of our ships.

In a recent interview, Ian S. Frazier, creative director of Star Wars: Squadrons, told IGN Japan about spaceship personalization. The developer confirmed that in multiplayer mode it will be possible to change the internal and external appearance of the machines. This includes decorating the cockpit with figures or applying colors to individual elements of the ship. However, all modifications are to be in accordance with the spirit of the original, so there shouldn't be any vehicles completely detached from the Star Wars universe.

What about players who want to see only the classic models? Frazier announced that the function of disabling the visibility of cosmetic changes on other participants of the game was created especially for them. In other words, we will be able to prepare the TIE-Fighter of our dreams, but at the same time we will not see the modifications created by other people. It sounds like a great option for conservative fans who don't want to get suddenly attacked by a bunch of pink U-Wings.

The topic of HUD, which we mentioned in June, also came back during the conversation. We already know that Star Wars: Squadrons will only permit FPP view. The players will decide for themselves whether they want additional information to be displayed on the screen, or whether they will rely only on the equipment available in the ship.

Frazier also confirmed that the internal equipment is sufficient for all operations. However, it is understandable that not every player will want to face this level of realism. Nevertheless, the option of deciding to transfer power to specific components sounds very intriguing. The idea brings to mind FTL: Faster Then Light, in which we had to give orders to the crew and control the ship's operation.

Star Wars: Squadrons will debut on October 2, this year on PC, PS4 and Xbox One.