Last Wednesday, Sea of Thieves debuted on Steam. The pirate first-person MMO game from Rare almost instantly became a hit on the platform and managed to maintain high sales results for the rest of the week. As a result, the title found its way to the top of Valve's bestseller list for the past seven days. It managed to beat Command & Conquer Remastered Collection, Need for Speed: Heat or Playerunkown's Battlegrounds and Resident Evil 3, among others, which could be bought at reduced prices last weekend (via Blue's News). 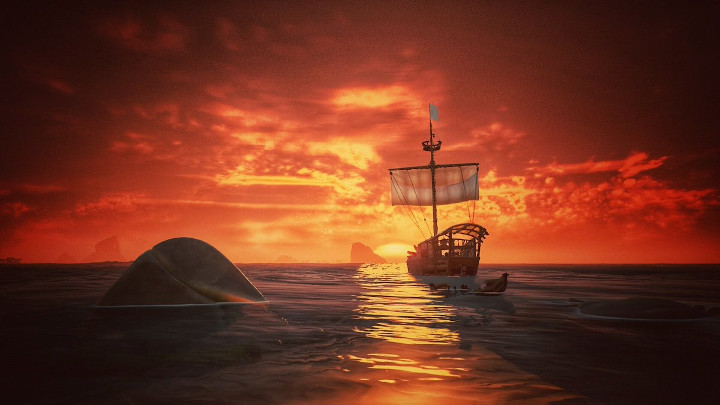 In terms of the number of people playing Sea of Thieves at the same time on Steam, last Sunday's peak was over 41,000 (via SteamDB). As Benji-Sales, an independent industry analyst, notes, this is the second best result when it comes to games published by Microsoft on Steam. Halo: The Master Chief Collection takes the spot at the top of the ranking, having more than 161,000 Steam users at the same time.

Sea of Thieves is also receiving favorable feedback from the players. As many as 84% of the nearly 4,000 reviews of the title published on Steam are positive. The game is praised for its visuals, gameplay, which spreads wings when we play together with friends, and pretty satisfying content that provides hours of adventures.

It is worth recalling that initially Sea of Thieves could only dream of such reception. At the time of its release on PC (Microsoft Store) and Xbox One, which took place on March 20, 2018, the title was criticized for lack of meaningful content, making the fun monotonous with time. Nevertheless, it immediately gained considerable popularity, thanks to the fact that from the beginning it was available in the Xbox Game Pass subscription. The large number of players surely gave the staff at Rare additional motivation to develop their latest work intensively. Regular updates and additions have brought the title to its current state and make it very popular even after two years, as the numbers on Steam prove.