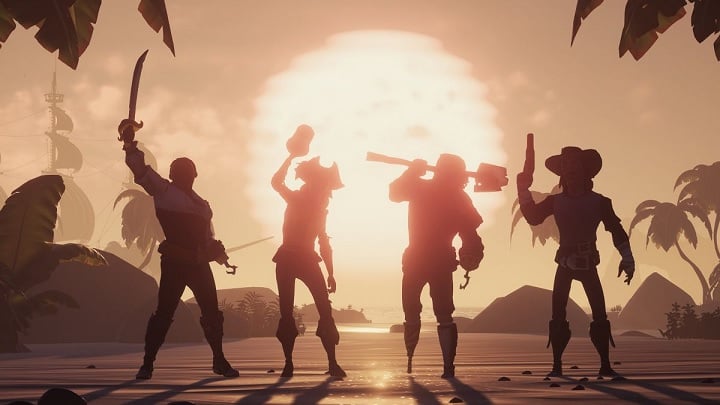 Sea of Thieves has arrived on Steam.

More than two years after launch on Microsoft's store, Sea of Thieves came to Steam. The pirate MMO from the legendary team at Rare can now be purchased on Valve's platform. Please note that you still need an Xbox Live account to play the game.

Sea of Thieves was released 2 years ago as the first game from the British team in years; the devs have previously created such iconic titles as GoldenEye 007, Battletoads and the original Donkey Kong Country trilogy as well as the Banjo & Kazooie and Viva Pinata series. The title may not have gained fame to match the aforementioned hits, but after subsequent updates (and - last but not least - its appearance in Xbox Game Pass offer) the devs do not complain about a lack of players. Apparently, the game is also doing well on Steam, since it managed to take first place on the bestseller list. Of course, so far we don't have any specific sales data. However, a launch straight to the top of the best-selling games list shows the interest of Sea of Thieves.