According to new information, Epic Games executives have planned quite a few attractions to appear in Fortnite in the future. The popular battle royale regularly sports crossovers with well-known pop culture brands. Documents revealed in the on-going lawsuit between Epic Games and Apple indicate that Ariana Grande will be the next artist to give a concert on the servers of Fortnite. The star would thus join Travis Scott and DJ Marshmello, who have also performed in front of the in-game audience. In addition, the next in line would be a concert of Lady Gaga. This information was also confirmed by a well-known leaker, according to whom the singer is not the only thing that awaits Fortnite players when it comes to ambitious crossovers. 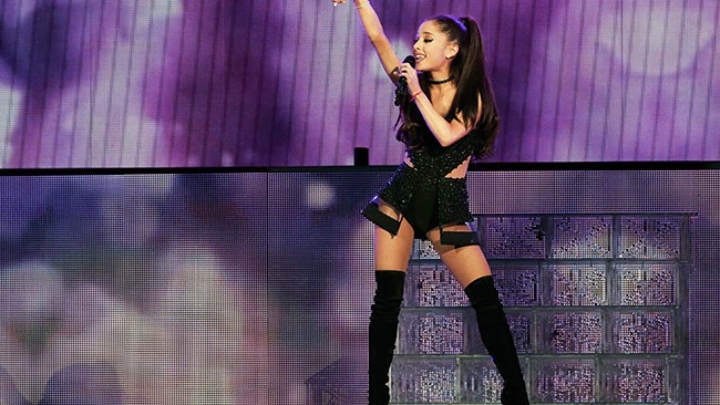 The artist is soon to perform on stage in Fortnite; Photo: SkyNews

Leaks suggest that the list of franchises that are to cooperate with Epic Games' title is long, including such items as Stranger Things, enabling the so-called "The Sideways" to appear in the game. The Sideways is an alternative dimension connected to the real world (modeled on the Upside Down from the show), from which monsters will get to the battlefield. Further on the list we can find the popular anime Naruto. Epic Games is planning to make elements from the anime become part of the battle pass of the 8th season. Ninja weapons from the Japanese animation - the kunai - are to be included in the game. We should also mention the characters from Justice League and Suicide Squad, which are also to be added. Unfortunately, we don't have any information at the moment which characters the studio will bring into the game.

While information from official documents can be believed, leakers should be treated with caution, because their info may turn out to be enriched or distorted. However, the administration of the subreddit, on which these revelations were published, claims that the information is confirmed, and the author of the leaks has already proven many times that he is a reliable source.

Beyond Good & Evil 2 Still In the Pipeline, Ubisoft Confirms

Age of Empires 3: Definitive Edition's African DLC to Launch in the Coming Weeks