Although it's been five years since Cities: Skylines was released, the team behind it, Colossal Order, is still expanding its work. Today, the ninth major expansion for the game, Sunset Harbor, was announced. The add-on is priced at $14.99 and will launch on PC, PlayStation 4 and Xbox One on March 26. Below, you will find its trailer, as well as a handful of details about the novelties introduced by the developers.

As the title suggests, Cities: Skylines - Sunset Harbor will enable us to try our hand at designing a well-functioning bay town. In addition to five maps, the add-on will bring a new industry (and all related infrastructure), namely fisheries. In addition, the devs have also leaned over the issues related to public transport. Intercity buses will take to the streets, which will improve communication between states, trolleybuses will improve the movement around the city, and elevated railways will help to deal with the traffic jams blocking our roads. Fast transfers between different means of transport will be possible thanks to special communication centres, which can be erected in sensitive points on the map.

As far as entertainment in our city is concerned, the inhabitants of our city will enjoy tourist helicopter flights, which will take to the skies along with planes belonging to flying enthusiasts. The list of novelties is crowned with extensive possibilities related to water purification and waste management. 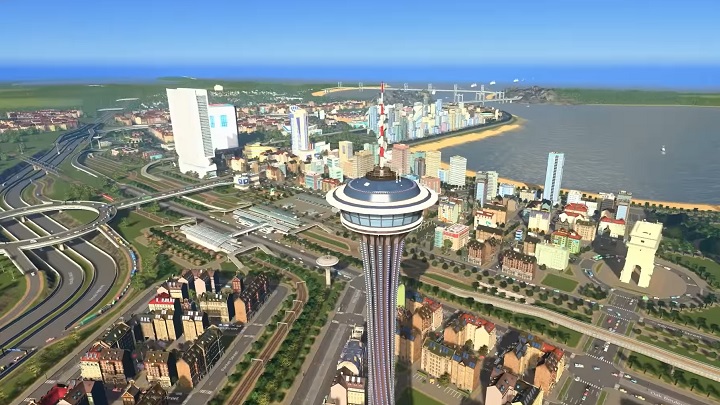