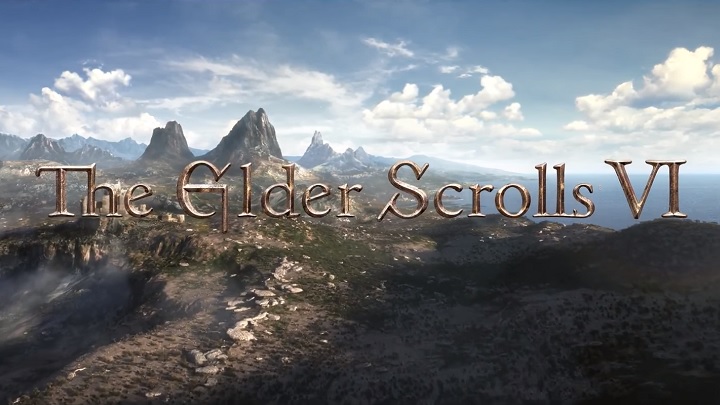 The Elder Scrolls VI should last at least for as long as Skyrim.

In March it was announced that The Elder Scrolls VI and Starfield will not be present at the Bethesda conference during E3 2019, because the company wants to focus on presenting the titles that will be available for sale in the near future. This does not mean, however, that the devs intend to remain completely silent about these projects. Interesting information about both games can be found in an interview given for IGN by studio's CEO Todd Howard.

In this way we learned that The Elder Scrolls VI is designed so that you can play the game for at least a decade. These ambitions are not impossible to achieve. Howard quotes the example of The Elder Scrolls V: Skyrim. This year the game will be celebrating its eighth birthday, yet it still enjoys great popularity and sells well on every new platform to which the devs ported it.

Of course, Skyrim's longevity is largely due to the large modding community, so The Elder Scrolls VI will probably also offer similar functionality.

Todd Howard admits that the development of The Elder Scrolls VI has been going on for a long time and that the premiere is still a long way off. However, he ensures that when a game is shown for the first time, players will immediately understand why it took so long to develop. The project will probably debut only on the next generation of consoles.

Regarding Starfield, Howard emphasized that one of the priorities for the team is to create a unique atmosphere that differs from competitive science fiction productions. As he explained, such ambitions result from the developer's experience. Fallout has a unique style that distinguishes it from typical post-apocalyptic productions. In the case of The Elder Scrolls, on the other hand, the series initially offered the standard fantasy and only after some time did she manage to develop its own identity in this respect.

Howard praises Starfield as the best science fiction game of all time. The project is now a priority for Bethesda and will be released before The Elder Scrolls VI. However, the production will be revealed only when the work on it is finished, so that the players do not have to wait long after watching the first materials from the game.