We're only one day away from the launch of The Medium, but the game has already managed to amaze in certain aspects. The system requirements revealed a week ago place the title among the most resource-intensive games on the market. When playing in 4K resolution with ray-tracing, even the latest top-self GeForce GPU will provide us with only 30 fps. At least that's what the developers reported, and it was apparently an optimistic scenario. Dark Side of Gaming reports that RTX 3080 does not deliver 60 fps even in Full HD on high settings and without ray-tracing.

DSoG editors' test rig consisted of the aforementioned Nvidia GeForce RTX 3080 (Founders Edition version), an Intel Core i9-9900K and 16GB of RAM. In theory, such a configuration meets the recommended requirements for the settings chosen by the website and should even be enough to play at higher resolutions and on "Ultra" settings. Meanwhile, The Medium was not only stuttering in every room (despite installing the game on a high-performance SSD), it couldn't even maintain a smooth 60 fps (in 1080p and 1440p). Oddly enough, disabling ray-tracing resulted in less than 10 fps gain, when normally using this option is associated with drops of over 20 fps. 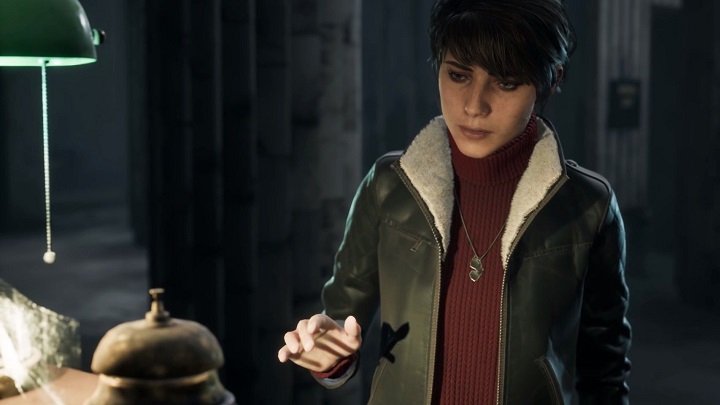 Optimization of The Medium leaves a lot to be desired.

DSoG is by no means the only website to report such problems. Mentions of fps drops appear in many reviews of The Medium, including our text. What's puzzling is that the title is by no means unplayable on high settings on PCs with older chipsets. On a machine with RTX 2070 Super, PC Gamer was able to achieve "40-60 fps" in 1440p with high settings, ray-tracing, and DLSS, which is close to RTX 3080 performance reported by DSoG. Granted, the text emphasizes that the highest RT settings rarely resulted in a "slideshow," but that doesn't change the fact that the difference between the two chips' performance on The Medium is suspiciously modest.

So you can see that Bloober Team will have to polish up the optimization. Perhaps the situation will improve already at the release, along with the possible release of the first update. Whether the game will be worth buying with or without the bugs, remains a separate issue. The reviews so far give The Medium a good (though not outstanding) average score, but there's also no shortage of less positive reviews.