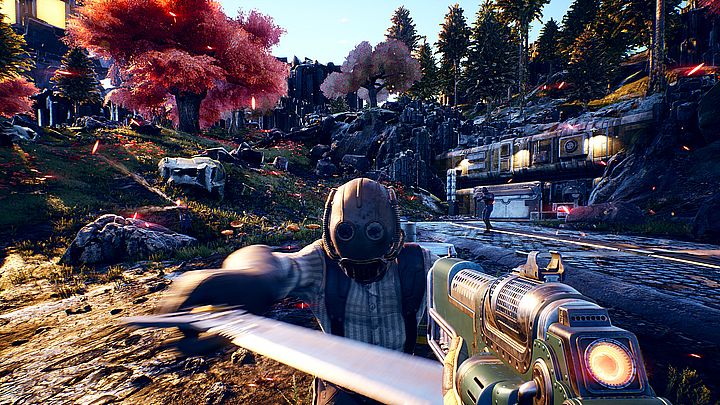 You can kill anyone, regardless of their significance to the plot.

The Outer Worlds is the upcoming game from Obsidian Enterteinment, the creators of Fallout: New Vegas - a game in which the user could kill almost any NPC. The team's latest project, which is called the spiritual heir of New Vegas, promises to be one of the most interesting proposals for RPG fans this year. Especially since The Outer Worlds can also be finished even when killing every NPC we meet in the game along the way, regardless of whether the character will have a huge or insignificant impact on the plot. The information was provided by Obsidian's Brian Heins in an interview for Polygon.

Many players have been waiting for this message for a long time, because although the sentence "in this game you can kill literally anyone" does not sound good, RPG lovers understand that there is a lot more freedom in running a story behind it. Our actions will play a much more important role in the events played on the screen, and thus, we have a chance for true immersion. Brian Heins explains that very well:

Anyone you see, you can kill, [so] theres got to be a way to get whatever they were going to give you, whether its a terminal entry or you can loot something off of their body or theres a chest in their office that you would now lock-pick to get the information from. We gotta start figuring out all of those.

The dev also described specific problems connected with this type of solution. To say it comes with a lot of complications is an understatement:

It is insanely hard. [...] When were looking at the quest itself, we have to now have updates that will fire to show, OK, you got this information by doing this, and make sure that the [dialogue makes] sense. For example, you cant have an NPC saying that you bought an item from someone when you ripped it off their cold, dead body. So that adds complexity [and] also the localization budget goes through the roof.

Heins doesn't rule out the possibility that the team might have missed some "scenario" at this stage, which may translate into mistakes (but, hey it's Obsidian, so nothing new here). Let's hope there's as few of them as possible. The Outer Worlds will go on sale on October 25, this year. The game will be released on PC, Xbox One, PlayStation 4 and Nintendo Switch.