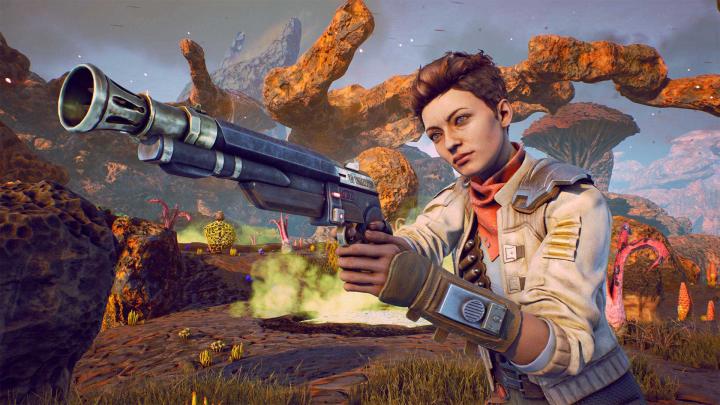 As the release of The Outer Worlds, another game of Obsidian Entertainment, is approaching, we are beginning to learn even the most basic information. This time devs have revealed that gamers who decide to purchase a boxed edition for Xbox One will have to download a 38GB update before they can launch the game for the first time. This is the entire game content, so yes, despite having the disc, buyers of this version will feel as if it was empty and they had to download the title from scratch. And that is not why we buy boxed editions, especially on consoles. PlayStation 4 owners are in a slightly better position because for them the first update will take only 18 GB. This is still a lot for people without access to high-speed internet connection. Details of the changes that the patch will implement are not known. It has only been assured that we should install it in order to fully enjoy the title.

We don't know where these differences come from, because Obsidian didn't provide any explanation. It also didn't reveal why disc owners of The Outer Worlds on Xbox One will have to download even more content than digital version owners, which is already available as a preload and takes up exactly 36.78GB. And, interestingly enough, it contains the said update!

This is not all the news about The Outer Worlds we've been showered in lately. We've learned that the PlayStation 4 Pro edition, contrary to the first reports, will also include all the graphics enhancements for users of the more powerful console. New, very extensive gameplay, which illustrate many elements of the game has appear on the Internet. You can see the sample here.

The Outer Worlds will be on the store shelves on October 25, this year. The target hardware platforms are PC (exclusive to Epic Games and Microsoft, included in Gamepass), PlayStation 4 and Xbox One. The game will also be released on Nintendo Switch, but only in an unspecified time in 2020.