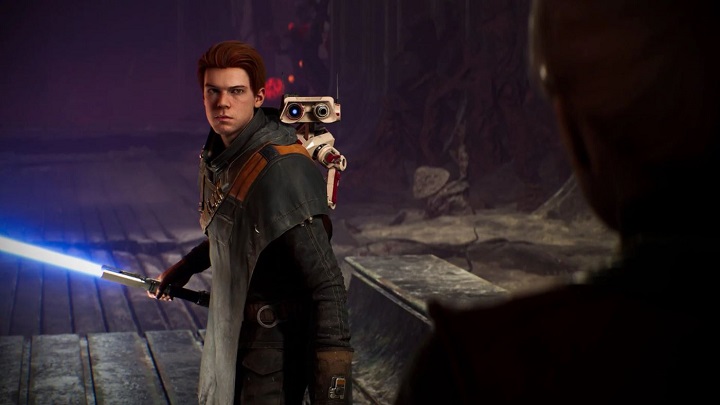 Star Wars Jedi: The Fallen Order promises to be a solid game.

A month before the launch of Star Wars Jedi: A Fallen Order, new gameplays and impressions from the closed show of the pre-release version of the game in Los Angeles began to appear online. Everything seems to indicate that we are finally dealing with a really good game from Electronic Arts, which will be released right away in one piece (without any additional post-release events or endgame) and will be devoid of any microtransactions.

In the three-hour material, journalists had the opportunity to see what had changed in the game since the last show at E3, and the feedback clearly shows that the title is what they had been waiting for. You can read our detailed impressions from the closed show here.

Websites compliment the game's their dynamic fights which look like in God of War (and, according to journalists, are very satisfying) or great opportunities for exploration. But of course, that's not all what the latest game from the Star Wars universe will have to offer. Fans will find solutions typical of action-adventure games - a skill tree, logic puzzles and powerful bosses.

The player will also have many options to modify the outfits, the accompanying droid, and even the lightsaber, all without any microtransactions or loot boxes. According to most journalists, it is precisely this, together with the well-developed basic elements of the game, that will make Star Wars Jedi: Fallen Order one of the best titles of this year.

The devs guarantee, above all, that the game will be available in its entirety on the day of its release. This means that we will not see any post-release events, online games or endgame. The players paying for the title will receive a finished product, which they will be able to complete immediately - from start to finish.

Star Wars Jedi: The Fallen Order will be released on November 15, 2019. The title will be available on PC, Xbox One and PlayStation 4.