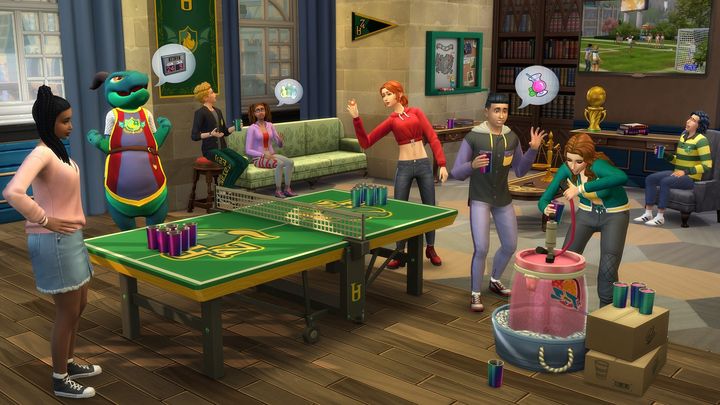 What new features and mechanics will go to The Sims 4?

EA Maxis, the creators of the popular The Sims series, decided to ask players about new features they would like to see in the latest installment of the series, namely The Sims 4. SimGuruForest community manager published a Twitter survey, which included new types of relationships (e.g. "bromances") and second homes.

In the Relationships tab, apart from new types of acquaintances, there are also other interesting ideas, the influence of the existing relations between the two sims on their current relation is being considered, as well as mechanics, which would allow our sims to get closer to each other by regularly repeating certain activities performed together (e.g. eating meals).

A separate subpage in the questionnaire was given to gameplay. For example, the creators are considering the option of creating and running a five-star hotel, as well as organizing trips for the family, both shorter (to the mountains or to the swimming pool) and longer (a full-fledged holiday in a luxury resort). There is also mention of a greater influence on sim's lifestyle (we could determine his level of activity, habits or social preferences).

Players were also asked to evaluate various activities related to winter and snow, such as skating, hiking or skiing. We can also decide what kind of content we would like to receive (choosing among skills, aspirations or professions).

We can give all ideas between 1 and 10 points. By the way, the developers also asked the players about the evaluation of add-ons released so far (more specifically, they asked which of them had required a bit more work) and the December update. At the end, there was an open question about what improvements would enable the users to create the sims they want. You can find the survey at this address.

Witcher Saga Boom in the U.S. Continues, Reprints Were Necessary