The first reviews of The Sinking City, an action adventure game inspired by H.P. Lovecraft's prose, have appeared on the web. The game was developed by Frogwares. At the time of writing this message, the average score on Metacritic for the Xbox One version is 64%, 73% for the PC edition and 75% PlayStation 4 version. Before we move on to the list of review scores and discuss its most important traits, we would like to remind that on June 27 the game will officially debut on PC, PlayStation 4, Xbox One and later (this year) it will also appear on Nintendo Switch.

Review scores of The Sinking City 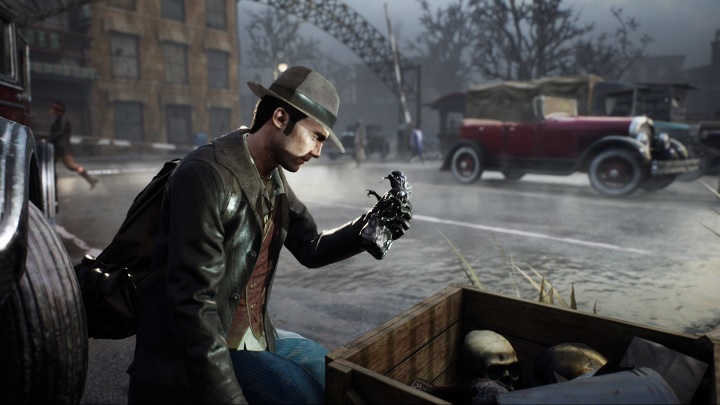 The Oakmont town hides secrets whose solution requires looking into every corner.

Among the most important advantages of The Sinking City is the disturbing atmosphere. Although in general, the plot is not captivating, many threads can be interesting. Moreover, the game does not lead the player by the hand, allowing them to decide for themselves on the next steps, and the consequences of their choices can be known at the least expected moment. An important role in the game is played by combat, which unfortunately has not been implemented as it should (even though the rich arsenal of weapons may be pleasing). The last place on the list is taken by the graphic design, which is also not of highest quality.

Reviews of The Sinking City reveal an image of an ambitious project, whose devs lacked the means and time to fine-tune certain aspects of it. However, fans of detective adventure games and Lovecraft's works should keep an eye on the game... provided that they are able to look past to some of its bugs.