The following message contains major plot spoilers from The Witcher 3: Wild Hunt. So if you have not yet completed the game, you'd better refrain from reading. The same goes for those who have not seen its "bad ending".

Recently celebrating its 20th anniversary, studio CD Projekt Red revealed during one of its anniversary streams that The Witcher 3: Wild Hunt still contains an undiscovered secret. Developer Philipp Weber assured that it relates to "a certain character," can be found in Crookback Bog and has "a lot of plot significance."

Promptly, Witcher fans have taken to searching for it, and it looks like one of them - YouTube user by the handle xLetalis, known for his trivia-packed materials about The Witcher series - has found the secret hinted at by the team at CD Projekt Red. He discusses his discovery in the video below. In a nutshell: the internet user discovered that Ciri did not have to die in the game's "bad ending" (see the box below the video), contrary to what everyone thought so far.

THE WITCHER 3'S BAD ENDING - HOW WAS IT?

For the record, let me add that we are talking about the finale of The Witcher 3, in which the Lion Cub of Cintra does not return from the Tower of the Falcon (Tor Gvalch'ca), and Geralt travels to the Crookback Bog to kill the last of the Ladies of the Wood, Weavess. As the White Wolf approaches the hut in the swamp, the witch is seen inside doing something at the table.

Hearing him approach, Weavess goes outside, says Ciri is dead, then dies at Geralt's hand. The latter recovers Vesemir's medallion, which the girl wanted so badly to reclaim, but is overwhelmed by despair. The scene is topped off by a shot with a hoard of monsters approaching the witcher, causing some to conclude that the White Wolf dies in this ending.

This is the thinking xLetalis was led to by a tapestry, which he found in the witches' hut when he returned to it after reaching the "bad ending" earlier. For it depicts Tower of the Falcon (Tor Gvalch'ca), where Ciri disappeared, and above it - a flying swallow. This, in turn, as we know, is the girl's nickname, given to her by the elves from the word "zireael," meaning in their speech precisely this storm-heralding bird. 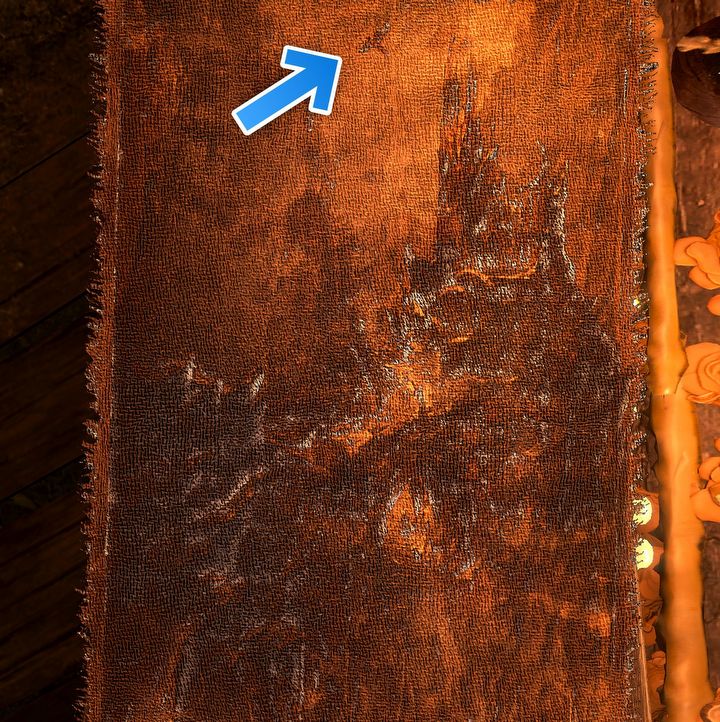 As to whether xLetalis' find is the secret the team had in mind, there is no doubt - Philipp Weber and Pavel Sasko, i.e. quest designers from The Witcher 3, have confirmed it on Twitter. 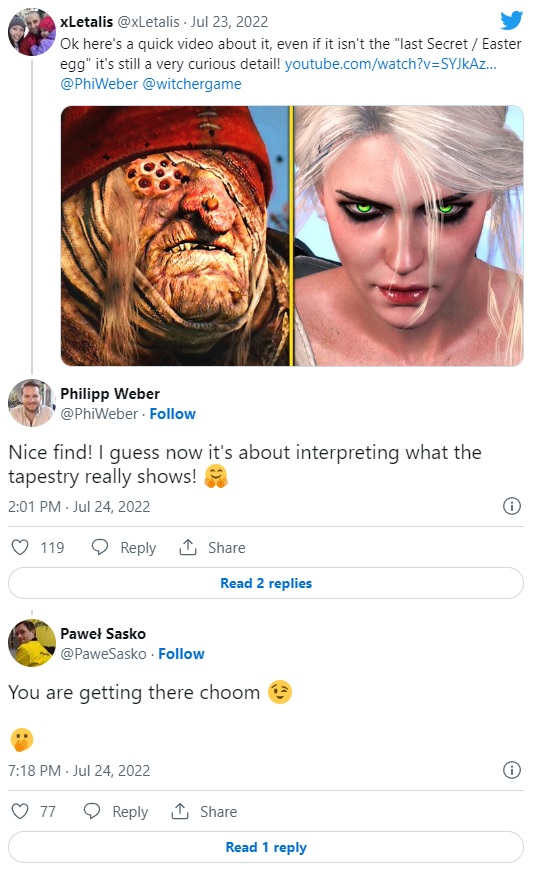 So the question of interpretation remains. Did Ciri really survive the "fight" with the White Cold in the "bad ending" of the game and simply broke free from Geralt and the rest of her friends, and did the Weavess simply lie to the witcher about her death? It is certainly not improbable - especially if one takes into account the series of negative decisions that the player (Geralt) had to make in order to reach the finale in question.

Certainly it would be an interesting anchor point for the plot of the fourth Witcher game. However, until CD Projekt Red comments on this discovery, we can only speculate.

Although the secret found by xLetalis may have shed a whole new light on the "bad ending" of The Witcher 3, there is a mod thanks to which we have a chance to see the scenes contained in it in a fully positive context. We are talking about the modification called Ciri's Sole Memento (available from here), which - assuming we get to the finale in which Ciri becomes a witcher - enables Geralt to go to the Crookback Bog together with the girl to kill the third witch and recover Vesemir's medallion.

Ubisoft is Backing Off in 2022 - Will Skull and Bones be Their Only Big Game This Year?

New F2P Torchlight is Coming; Will Face Off Against Diablo Immortal