UPDATE: As we suspected, the revelations from IMDbPRO werent true. Platige Image has just posted this status on their Facebook page, indicating that Josh Holloway will not play Geralt of Rivia in the upcoming movie.

ORIGINAL STORY: Some time ago we learned that Academy Award nominee Tomasz Baginski, director at Platige Image, will be making a Witcher movie. People all around the world were really excited, as Baginski was involved in making cinematics for The Witcher games.

It was just revealed via IMDbPRO that an actor best known from the TV series Lost (currently starring in Colony), Josh Holloway, was cast as Geralt of Rivia, the famous monster slayer. Additionally, Anna Rust (The Brothers Grimm, Legends) was revealed as the actress to play Ciri. 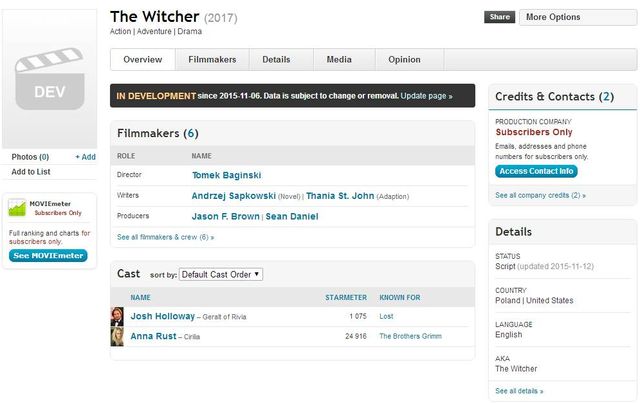 Screenshot from IMDbPRO with the casting revealed.

Although all of this sounds really exciting, we cannot really confirm how accurate the information is. According to initial announcements, the movie was supposed to be based on two short stories, The Witcher and The Lesser Evil, and Ciri did not appear in any of them. Moreover, the rights to The Witcher trademark belong to CD Projekt RED, and no-one can use that name without the studios consent. 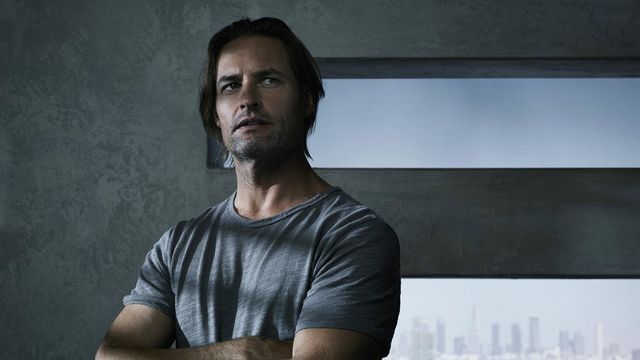 Josh Holloway as Will Bowman in Colony (2016)

The Witcher movie is to be released in 2017 and it is going to be a starting point for the further expansion of the franchise. Right after Baginskis movie, we might get a TV series set in the world of The Witcher. I guess we wouldnt mind getting a series about Geralt with a Game of Thrones vibe to it, now would we?

Mages of Mystralia: a new, spellcrafting RPG written by the creator of Forgotten Realms

Mages of Mystralia: a new, spellcrafting RPG written by the creator of Forgotten Realms