A few days ago we had an opportunity to admire new screenshots from Warcraft III: Reforged. However, no pictures can replace videoa. Fortunately, new materials presenting gameplay from the refreshed version of the last installment of the iconic RTS series from Blizzard are already here. Three long gameplays have appeared on the Book of Flames channel on YouTube, thanks to which we can see the title in action at maximum settings, in 60 fps and 1080p. All of them can be watched below.

The gameplay footage published by Book of Flames was recorded in free mode of the beta version of Warcraft III: Reforged. They videos present matches focus on factions of Humans and Orcs. Thanks to this we can take a closer look at what the units and buildings of these races look like after a thorough lifting. However, the whole thing has retained the style and atmosphere of the original, so for many the screening of these materials will be a real journey in time, back to 2002-2003. 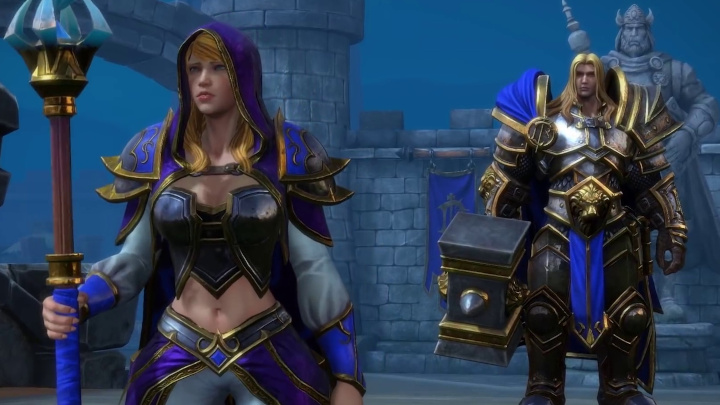 Warcraft III: Reforged was announced by Blizzard during last year's Blizzcon. The title will include both the refreshed version of the original and The Frozen Throne add-on. Fragments of the campaign, and more specifically of the famous Slaughter Mission, which is the symbolic beginning of Prince Arthas' transformation into the champion of the Plague, have been circulating on the Internet for a long time. You can see them here, among others. Full version of Warcraft III: Reforged is due to debut later this year. Currently, the title can pre-purchased and its standard editions costs $29.99. What is important, deciding on a preorder we will automatically give us access to the original Warcraft III with the addition, which, as you might remember, disappeared from Blizzard's official digital store in November last year.