TikTok is certainly one of the biggest social media phenomena of recent years. The app debuted in 2018, so it only took it three years to reach the 3 billion downloads threshold. This makes it the most popular app in the world not owned by Facebook. Despite bans in some countries (temporarily in the US, now in India) and various legal issues, the app by ByteDance still does not go off the top of the most downloaded apps on smartphones. So far, the limit of three billion installations has been surpassed by Facebook, Instagram, Messenger and WhatsApp.

According to SensorTower, in the first half of this year, TikTok was second to none, reaching 383 million installations, which was the best result in the stated period (excluding mobile games). However, this is not the pinnacle of what it can do, as the Chinese giant's app was downloaded 318 million times in the first quarter of 2020 alone. 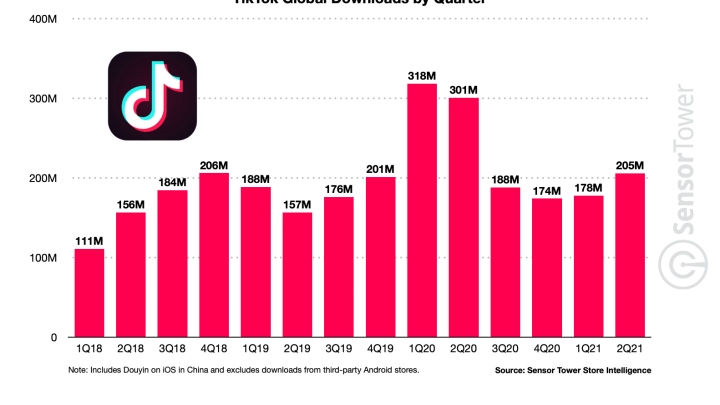 It should be noted that this result consists of the numbers of downloads of TikTok from Google Play, App Store, as well as downloads of Douyin, the version designed exclusively for the Chinese market. In the second quarter of 2021, ByteDance's app saw a big increase in consumer spending - in other words, it earned $535 million in revenue. TikTok's total revenue since the app's debut amounts to about $2.5 billion. So far, only apps like Tinder, Netflix, YouTube and Tencent Video have boasted similar earnings. 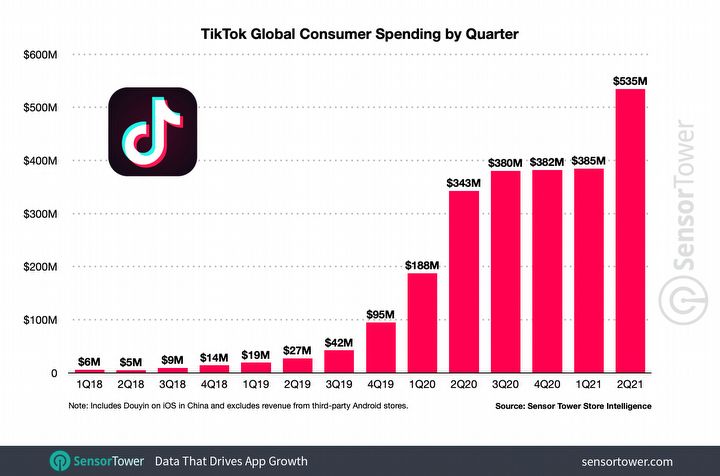 EA Doesn't Give in to Blackmail Attempts of Desperate Hackers