For over twenty years, Epic Games has invested enormous resources in the ongoing development of Unreal Engine. The new version of the engine has just been made available to all interested developers in an early and testing form. The technical capabilities offered by the technology are presented in a clip showing gameplay from a short and playable demo called Valley of the Ancient, whose full documentation and files weighing 100 GB are available to testers. Officially, Unreal Engine 5 will be released probably in the first half of 2022.

Unreal Engine 5 is built on several innovations that are the foundation of its capabilities. The first is the Nanite technology, which allows for building realistic landscapes with an incredible amount of geometric detail. It enables graphic designers to import high-resolution versions of objects and photogrammetric scans, without losing any details or going through a lengthy process of processing them.

Another advantage of Unreal Engine 5 is the Lumen system that offers fully dynamic global illumination without the need for time-consuming lightmap making and rendering.. This allows for, for example, a quick change of light in the scenery. EU 5 also offers new solutions to facilitate the construction of open-world games. These include, among others, extended options of editing the map by many people at the same time, as well as quick testing of particular sandbox systems. 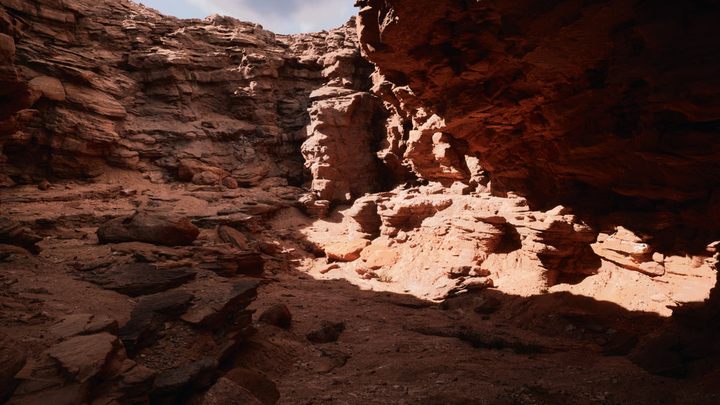 The Temporal Super Resolution (TSR) technology ensures great gaming performance while maintaining the high level of detail delivered by the Nanite and Lumen systems.. According to Epic, the technology will allow for 4K visuals on systems running at up to 1080p, as well as stable 30 fps, no matter what is happening on the screen. It will also replace the Temporal Anti-Aliasing feature used by previous editions of Unreal Engine. Interestingly, TSR will be available not only to PC owners but also PlayStation 5 and Xbox Series X|S users.

Thanks to new and improved tools, UE5 will also speed up the process of animating three-dimensional objects and characters, editing audio, and will also help in project management. One of the first games to benefit from the engine will be the latest installment of the Gears series. The engine is also being prepared with filmmakers and animators in mind.

Unreal Engine 5 will work with all modern hardware and system platforms - Windows, Android, iOS, macOS, Linux, PlayStation 4, PlayStation 5, Xbox One, Xbox Series X|S and Nintendo Switch. However, only owners of next-gen consoles and Windows 10 PCs will benefit from the advantages of Lumen and Nanite technologies.

Games With Gold June 2021 - Injustice: Gods Among Us, Shadows: Awakening and More

First Gameplay From Far Cry 6 to be Revealed on Friday

Wave of Bans Precedes the Launch of The Burning Crusade Classic