The cars have been present in Fortnite for a long time. However, until now they have been nothing more than elements of the environment, with which little could be done. This will change soon, however. Epic Games announced that tomorrow, on Wednesday, August 5, their hit battle royale game will receive another update, called Joy Ride. Although it's not explicitly stated, it's pretty obvious that it will introduce the possibility of driving cars.

With the release of the Joy Ride update (numbered 13.40), the speculation that has been circulating online for a long time will be confirmed. They were based on the official description of Fortnite Chapter 2 Season 3, which contained a screenshot presenting moving cars, and containing the following note:

"As time goes on and water recedes, even more locations will be uncovered. And as the roadways become more open, youll discover new ways to get around..."

In addition, the map in Fortnite features posters of four cars - the sports Whiplash (also present on the above tweet from Epic Games), the hatchback Prevalent, the pickup Bear and the truck Mudflap. Most likely, they will be the ones that the players will be able to drive from tomorrow on. 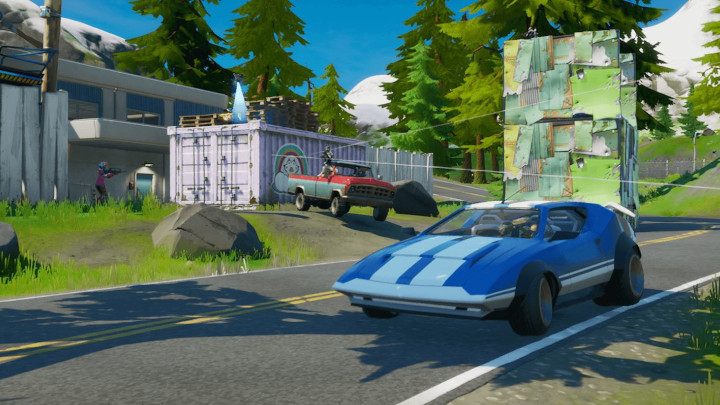 Soon, Fortnite players will be able to sit behind the wheel of cars.

Finally, the question is, to what extent will these vehicles change the way and pace of gameplay in Fortnite? And will the players like it? We will know the answers soon.