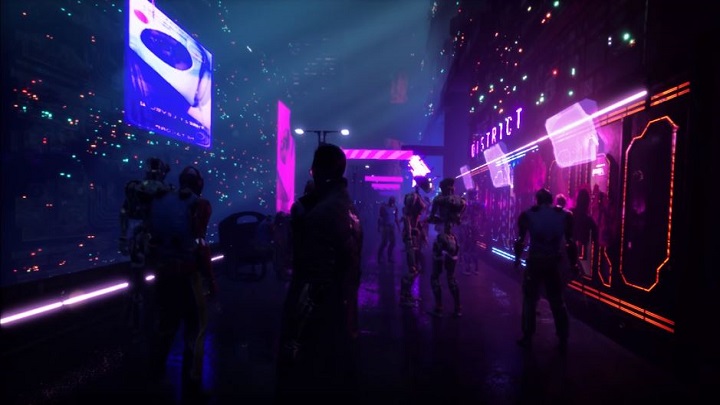 It needs to be said that the environment in Vigilance look really cyberpunk.

Indie game dev NasNakarus has posted on Twitter the results of work on his original cyberpunk game - Vigilance. The title is powered by Unreal Engine 4 and it looks amazingly good. It is clear from the videos that the dev draws inspiration from iconic games of this genre, such as Blade Runner. We can see the main character moving along the alleys of a cyberpunk city surrounded by colorful holograms and neon signs. You can watch both videos below.

All we know now about the game is that Vigilance is mainly based on hunting down opponents and will contain elements of parkour, because most of the time we will focus on chasing our prey. The dev would also like to add to the title aspects of logic games that will be linked to murder investigations. In addition, you will probably be able to switch between first and third-person views in the game.

We should remember that this is an indie game created by one person, so as long as the game world looks phenomenal, we should not expect this to become another game like Cyberpunk 2077. It is not even known whether the dev will be able to complete his work, although, as he announced, in the next video he plans to present gameplay.

Beyond a Steel Sky With New Trailer and Gameplay