Demon's Souls, a remake of the classic action RPG from 2009, promises to be one of the most interesting launch titles on PlayStation 5. YouTube channel Phobia has prepared a video that shows how much progress has been made in terms of visuals.

As for the remake, scenes from the recent gameplay trailer were used. In the case of the original, instead of using footage from PS3, the gameplay was recorded on a PC, running on an emulator in 4K and 60 fps. Both fragments were then combined to show the same scenes.

The method used does not offer a perfect comparison with the original, but offers a better glimpse at how big changes were made to the game's graphics, not just in terms of level of detail. In many places we can also see differences in location design and atmosphere.

If you are interested in a comparison with the version on PS3 without emulation, the day before yesterday we wrote about such comparison. 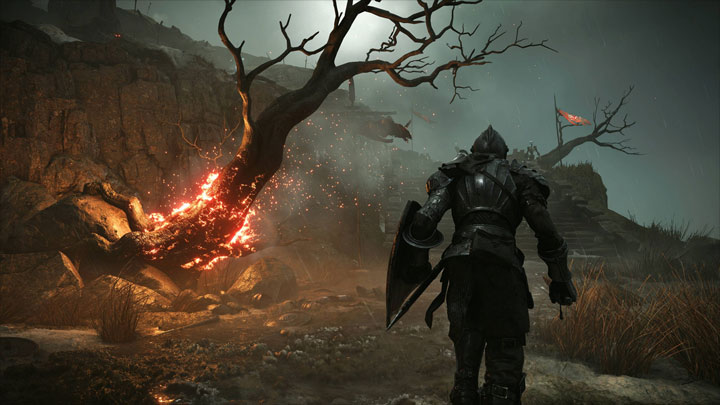 The material gives us a good idea of the enormous amount of work that has been put into the remake. However, this is not a big surprise. Bluepoint Games is working on the project, i.e. the team that refreshed Shadow of the Colossus a few years ago in an equally impressive way.

Demon's Souls is officially coming only to PlayStation 5, and is scheduled to launch on November 12 this year, with the debut of the console. The game will take 66GB on the console's SSD.

The video is based on the gameplay shown on PlayStation 5 Showcase. The video has stirred much emotion as a PC version was mentioned in the trailer. Sony quickly replaced it with another one, without any information about a PC release and ensured that game is a PS5 exclusive. It is possible that all the confusion was caused by a mistake. However, it is worth remembering that the company wants to port some of its titles to PC in the future, so it's possible that in a few years Demon's Souls remake will also appear on PC.