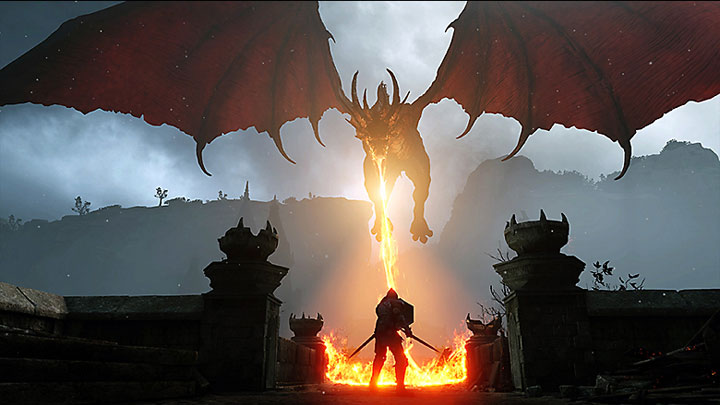 Demon's Souls remake will be one of the launch titles for PS5.

We've learned the size of the two titles that are coming to PS5. Demon's Souls will take up 66 GB of disk space on the console. For Spider-Man: Miles Morales we will need 105 GB. In the case of the latter, it is worth noting that the requirements apply to the version including the remastered edition of Marvel's Spider-Man. If we want to install only the adventures of Miles Morales, it will take 50 GB.

Growing video game sizes have became one of the hot topics of recent months. The most exciting is Call of Duty: Modern Warfare, which - together with the free Warzone - has long since exceeded 200 GB. So it's good to see that at least in the beginning PlayStation 5 won't force another jump in requirements in this respect.

The PS5 console is to be equipped with an 825GB drive. This is not a very impressive number, so the growing size of games could cause a lot of problems for gamers in the future.

Demon's Souls is officially coming exclusively to PlayStation 5 and is due to launch on November 12 this year, which means it will be one of the console's launch titles. A trailer was shown during the recent presentation, which mentioned the PC version. Sony quickly removed it and announced that it was a mistake, and the game will launch exclusively on PS5. However, the company does not hide the desire to port some of its other titles to PC, so it is possible that Demon's Souls remake will become one of them in the future.

On November 12 Spider-Man: Miles Morales will also debut. Sony recently surprised us with this title, announcing that the game will go not only on PlayStation 5, but also PS4.