Bigben Interactive and Eko Software have announced that Warhammer: Chaosbane will debut on PC, PlayStation 4 and Xbox One on June 4, 2019. The release of the game will be preceded by two beta-tests, which will take place in March and April. The players who pre-order the title will be able to check the beginning of the story campaign, as well as test various character classes and the co-op mode.

This is not the end of the revealed info, because we also got to know the contents and prices of individual editions, other bonuses waiting for those who pre-order the game, as well as hardware requirements of the PC version.

The basic version of the game was priced at $59.99 on PC (pre-orders can be placed via the game website) and Xbox One. At the time of writing this news, the pre-sale of the edition on PlayStation 4 has not yet started, but it will probably cost the same.

The second edition is the Digital Deluxe Edition, available only in digital distribution, priced at $64.99 (Xbox One). In addition to the game itself, the package includes a permanent gold bonus, as well as a set of unique emotes and animal companions for the hero.

The third option is the Magnus Edition, priced at $79.99 (Xbox One). In addition to the contents of the basic and Deluxe Editions, Magnus includes a season pass and a permanent bonus to resources that ensure the favor of the gods (Fragment Boost). In addition, its boxed version contains an artbook.

In addition to the option of participating in beta-tests, players who place a pre-order for any of the aforementioned versions will receive a permanent bonus to experience and a package of four legendary helmets. In addition, the pre-sale of Digital Deluxe Edition or Magnus Edition will allow you to start playing four days before the official release. 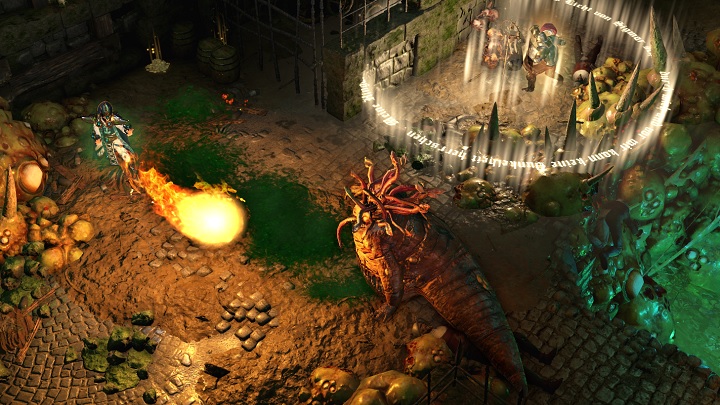 Finally, here are the hardware requirements of this game. It seems that a mid-class computer is enough to play Warhammer: Chaosbane.