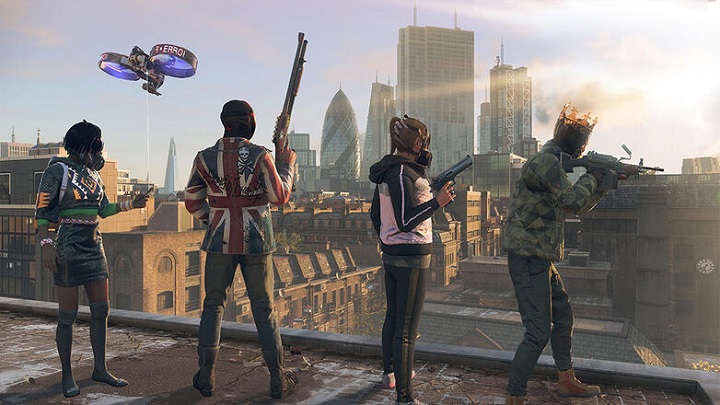 The first big game announced by Ubisoft during the E3 2019 Expo conference is Watch Dogs Legion. The title, which we have known about for several days, will take us on a journey to a slightly cyberpunk (and at the same time dystopian) version of postbrexit London. The production is aimed at PCs, PlayStation 4 and Xbox One, and will debut on March 6, 2020. Below you will find a feature trailer and first gameplay.

Although the Watch Dogs Legion draws its inspiration from the previous parts of the series, it will also introduce a lot of novelties. During the game we will take control over various members of the DedSec group (which plays the role of a resistance movement against an oppressive regime), and in the case of the death of one hero, the mission he has undertaken can be continued with the next character. The protagonist can be literally anyone - the developers showed, among other things, what the game will look like from the perspective of... a good old lady or a qualified killer, sneaking behind the opponents' backs and eliminating them from surprise, and using a wide range of murder tools and futuristic gadgets. As a standard, the objectives set for us can be achieved in various ways, and when the action plan fails quietly, it will not mean the end of the mission - you can always grab your weapons and engage in an open firefight with opponents.

Watch Dogs Legion is much closer to the first than the second part of the series in terms of style, which is a big plus.