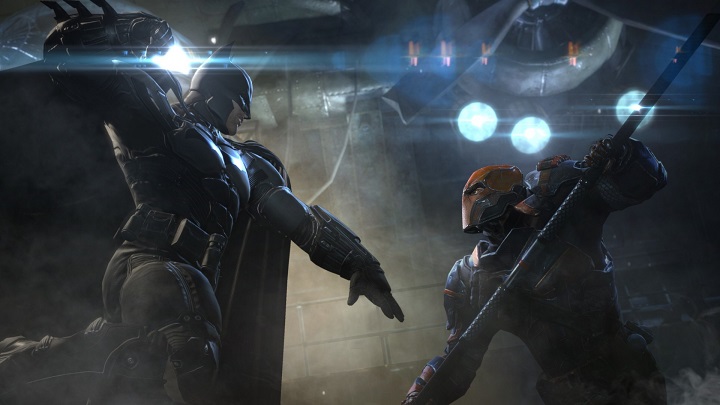 Batman: Arkham Origins is considered by many to be the worst game of the series.

It's been said for a long time that the Warner Bros. Games Montreal, the devs of Batman: Arkham Origins, are working on a new installment of the Batman series. As recently as last September, symbols were published on social media, including emblems of the Court of Owls and the League of Shadows. That, along with the "wait for it" commentary from Scott Snyder, creator of the comic book Batman: Court of Owls, has made fans almost certain that something is actually up. Many of them claim that the members of the aforementioned Court of Owls will be the antagonists of the next installment.

It seems that the mysterious entries continue, because three graphics have just appeared on the social media sites of WB Games Montreal (to be precise, on Twitter, Facebook and Instagram), which, when combined into one, form the following symbol:

Each post was also signed with the words "Cape sur la nuit / Capture the Knight" (the same quote appeared earlier and once again suggests the presence of the Court of Owls).

It's hard to say what today's logo means. A great similarity can be seen, for example, in the symbol of the Gotham City police, but Internet users also point to a connection with the Order of St. Dumas. It remains to be hoped that the next entries from WB Games Montreal will be less mysterious and shed some more light on the upcoming Batman game.