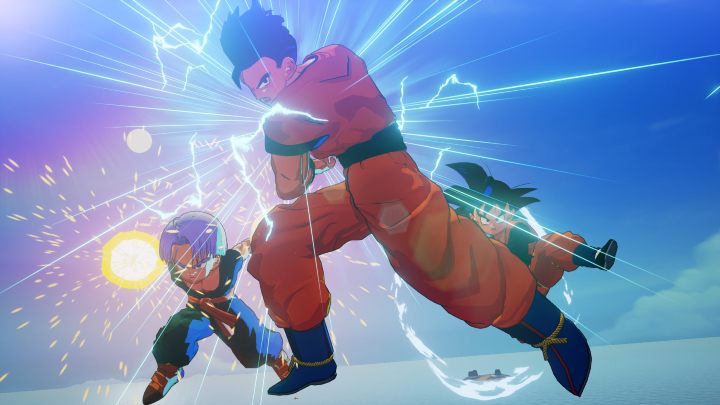 Bandai Namco has revealed the official hardware requirements for Dragon Ball Z: Kakarot. Full specification can be found on the game's card on Steam. The requirments provided by the devs are not terrifying, especially since the title should run even on hardware equipped with 4 GB of RAM and Windows 7. However, the company recommend installing the game on the latest software from Microsoft.

Dragon Ball Z: Kakarot is yet another game depicting the fate of a powerful but naive warrior called Son Goku. This time it's not a classic fighting game like Dragon Ball FighterZ, but an action-adventure game where combat goes hand in hand with exploring and character progression. The training and clashes are accompanied by additional activities like fishing and eating.

The title will enable us to explore once again the story of the protagonist, which was developed in a manga by Akira Toriyama. However, new elements will appear in it, which will expand and diversify the well-known threads.

CyberConnect2 is responsible for the development of Dragon Ball Z: Kakarot. The studio has in the portfolio such games as the Naruto series and JoJo's Bizarre Adventure. So the developers have experience with reflecting the characteristic manga visuals.

The game will launch on January 17, this year on PC, PlayStation 4 and Xbox One.