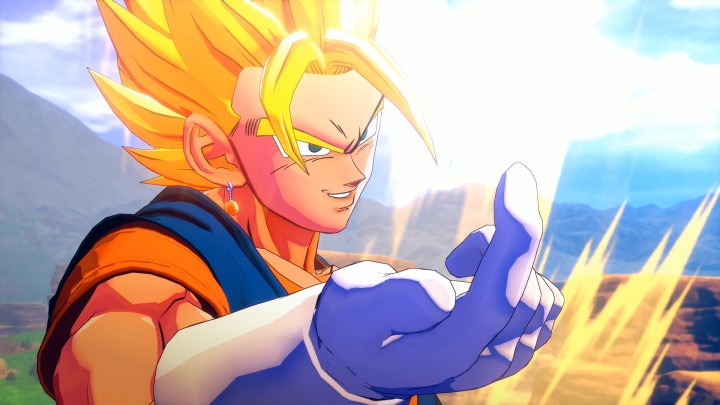 Dragon Ball Z: Kakarot proved to be a successful adaptation of the famous Japanese animation.

Countless games were created based on the popular Dragon Ball franchise. Some turned out to be less successful, others more. Does Dragon Ball Z: Kakarot count among the former or the latter? Today, at 9 AM (PT), first reviews of the game appeared on the web, showing that we received a good title, but not without significant disadvantages. At the time of writing the news, the average ratings on OpenCritic and Metacritic (PS4 version) are 77% and 78% respectively, but many of the reviews are still unfinished, and thus no notes have been issued.

Dragon Ball Z: Kakarot is an action RPG in a partially open world, with an elaborate story campaign, filled to the brim with side tasks and a fantastic design, reminiscent of a living anime. On the one hand, we have received what is said to be the best video game adaptation of Dragon Ball Z so far, covering all four sagas (from Saiyan to Buu), locations full of details for the biggest fans of the cycle, and a spectacular, addictive combat system pulled straight of the best fighting games, but relying on more than just thoughtless buttons mashing. On the other hand, the quality of side quests leaves a lot to be desired, as they largely consist of defeating a specified group of opponents, which quickly becomes boring. This is very much felt because the campaign is too long, lasting for over 40 hours. There is no shortage of reviewers complaining also about not very good sense of character development in the game, poor animation outside of battles and frustrating controls during combat. If you are curious about how it looks like in practice, you can see it in short gameplay from the full version:

Overall, the reception og Dragon Ball Z: Kakarot is positive, despite obvious problems. One can especially regret the untapped potential of the quasi-open world, but still the game proved to be a very good adaptation of the popular anime, one of the best even, according to many. Sample reviews of the latest work of CyberConnect 2, mainly associated with the Naruto Shippuden fighting game series, are provided below.

Dragon Ball Z: Kakarot will be released tomorrow, on January 17, on PC, PlayStation 4 and Xbox One. The game will offer the possibility of setting both English and Japanese voices.