Are you waiting for Dragon Ball Z: Kakarot? If so, CyberConnect2 and Bandai Namco Entertainment prepared two surprises for you during Tokyo Games Show. First of all, a new teaser of the game appeared. It announces the iconic Buu Saga, well-known to manga and anime fans, which will be one of the parts of the campaign in the upcoming action RPG. In addition, the game will feature stories about the Saiyan invasion, Freeze and Cell. The presence of the evil Android arc has not been officially confirmed, but it seems more than likely (via DSOG).

Secondly, the exact release date of Dragon Ball Z: Kakarot was announced. After a slight slip, the title will be released on PC, PlayStation 4 and Xbox One on January 17, 2020. The game can already be pre-ordered on Steam in three editions: Standard, Deluxe and Ultimate. 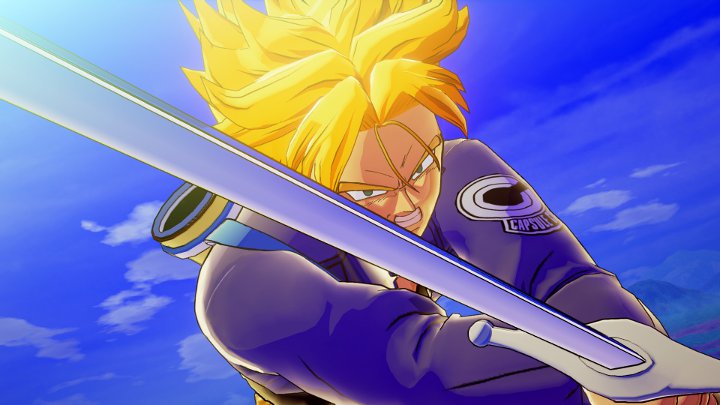 Dragon Ball Z: Kakarot will feature a gallery of well-known characters such as Trunks.

Dragon Ball Z: Kakarot, then still called Dragon Ball Game Project Z: Action RPG, was announced at the beginning of this year. A bigger presentation of the title took place during the June E3 fair, when we could watch a thirteen-minute gameplay and an impressive trailer, starting with a message from the creator of Dragon Ball, Akira Toriyama. According to the artist, the game from CyberConnect2 will fully reflect the spirit of the universe and allow its fans to immerse themselves in it. Will that be the case? We'll see about that in just over four months.