The closer we get to the release of Dragon Ball Z: Kakarot, the more information about it comes to light; along with them, more video materials presenting it in action are posted online. One of the latter, starring Vegeta, is waiting for you below.

In the above video a lot of time is devoted to battles. The combat will be extremely dynamic and we will beat our opponents both from a safe distance (using energy attacks) and in close combat, showering them in punches and kicks. The heroes (because, as you can see, Goku will not be the only hero we will take control of while playing) will face not only their main opponents known from Dragon Ball Z (the above gameplay comes from the stage where Majin Buu will be the "public enemy number one"), but also much weaker, common opponents.

In addition, exploration will play an important role in the game; the devs have decided to give us a number of vast locations (instead of one open world, because such a world wouldn't fit the character of the story they tell). In each of them, however, there will be a lot of side activities (above you can see, for example, what fishing will look like, presented in the form of a simple mini-game) and optional tasks, which we will do both for characters known from the original and for personas, whom we have not yet seen before. 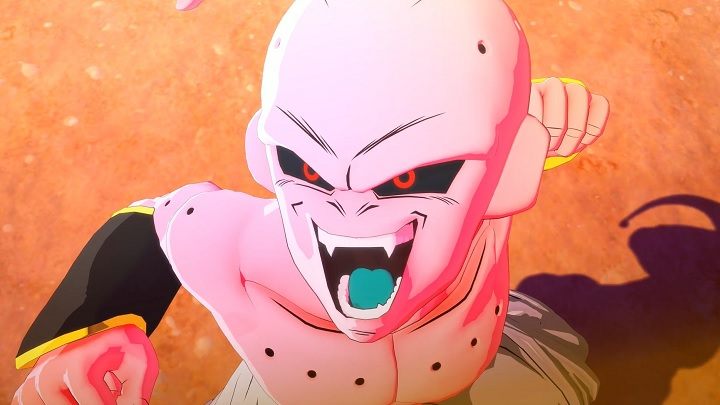 Majin Buu is one of the main opponents we will face in Dragon Ball Z: Kakarot.

Finally, let's remind that Dragon Ball Z: Kakarot is being developed by CyberConnect2, well known to fans of the Naruto series, .hack// franchise or slightly underrated Asura's Wrath. The title will debut on PlayStation 4, Xbox One and PC on January 17, 2020.