The GTA series is already 25 years old, and the games have appeared on various consoles. This has also translated into the world or, more precisely, the worlds present in the series. Some gamers forget this fact, demanding the return of old characters in GTA 6.

Fans of the series would like to see the return of old characters, such as Tommy Vercetti, in GTA 6. In this case, there are several obstacles. Let the first be the age of the character, who in the sixth installment of the series would be 71 years old, and the second - the the death of the voice actor.

The third is, in turn, is the relationship between all the characters from before GTA 4, i.e. being in different universes. Indeed, the series can be divided into three different stages: 2D, 3D and HD. This means that 2D characters do not belong to the 3D canon, and 3D and 2D to HD, and vice versa. The graphic presentation of the different "universes" was created by one of the fans of the series. 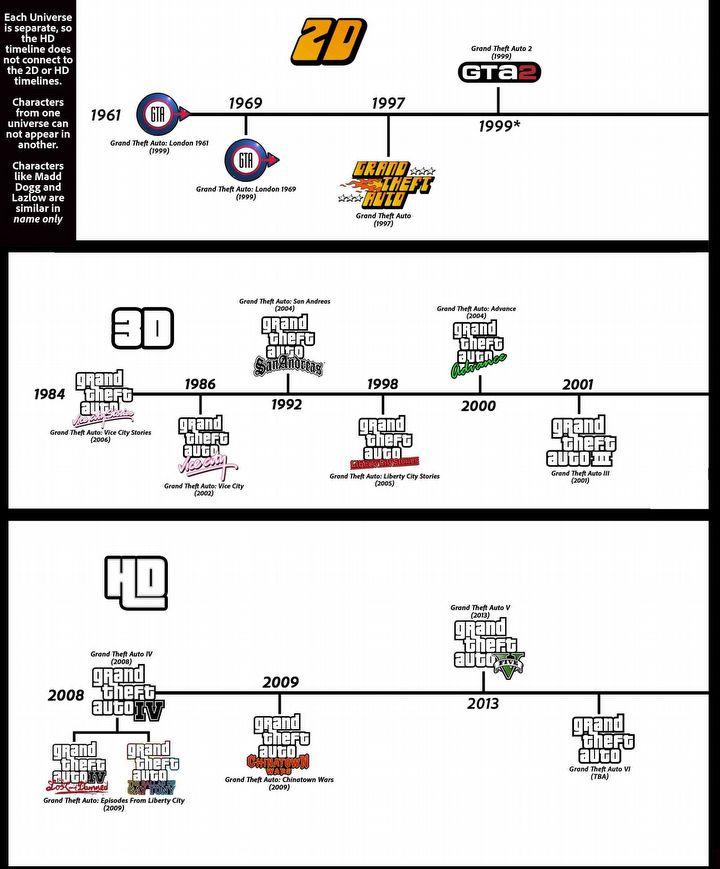 What os confusing the matter of what is canon and what is not are the easter eggs that Rockstar introduces into its games. We are talking, for example, about the one present in GTA 5 a trio of NPCs who look like CJ, Big Smoke and Ryder.

However, this does not mean that CJ exists or existed in the HD universe. Following this lead, we can only guess that GTA 6 will perhaps include easter eggs related to Tommy Vercetti or CJ. Expecting a feature-length return of these characters is something closer to a pipe dream.